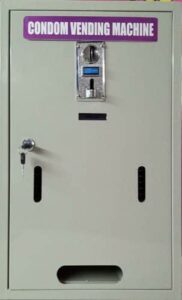 Mr Ahmed Ibrahim Bambilla, the Bono Regional Coordinator of the Ghana AIDS Commission (GAC) has advised people who can not control their sexual desires to avoid unprotected sex.

He said the commission in the regions had installed condom vending machines at lorry stations and bus terminals as well as other public places and advised the public to access and use the condoms to protect themselves.

In an interview with the Ghana News Agency (GNA) in Sunyani, Mr. Bambilla said the public could access the condoms for only GH¢10 pesewas at the various vending machines at Sunyani Technical University, O.A, and VIP bus terminals.

“This forms part of the GAC’s commitment to make condoms easily accessible to all for safe sex and prevent HIV infections”, he said.

Mr Bambilla said 95 per cent of HIV transmission was through sexual intercourse and cautioned particularly the youth to avoid unprotected sex in the yuletide.

He said the Bono region alone had recorded 859 HIV new infections, with the region’s prevalence rate around 2.5 per cent, while the prevalence rate among pregnant women stood at 4.2 per cent.

He said the GAC and its partners had intensified the night campaign which is targeted at providing condoms and lubricants to commercial sex workers and homosexuals to prevent the spread of the disease.

Apostle Eric Kwabena Nyamekye, the Chairman of the Church of Pentecost, has urged those aspiring …