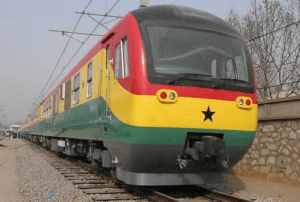 Four persons have been confirmed dead in a train crash at Wassa Manso in the Wassa East District of the Western Region.

Four persons, who sustained injuries, were rescued by personnel from the Ghana National Fire Service, Police Service, Railways Company, and some residents of Wassa Manso and were rushed to the Effia Nkwanta Regional Hospital for treatment.

Bodies of the deceased, which include two males and two females, were retrieved in the early hours of Saturday and deposited at the Effia Nkwanta Regional Hospital morgue for preservation and autopsy.

Deputy Superintendent of Police (DSP) Sebastian Folivia of Marine Police, Railways and Port at Takoradi, told the Ghana News Agency that on Friday, December 17, at about 2300 hours, they had a report that there was a train accident around Wassa Manso.

DSP Folivia said upon arrival the team had information that a train transporting manganese from Wassa Nsuta to the Takoradi Habour and another train, which usually transported the same commodity but was empty and coming from the opposite direction, were involved in the accident.

He said when the two trains got to Wassa Manso Township, they were involved in a head-on collision.

“A railway line inspector alleged that the train from Nsuta developed a mechanical fault so it could not stop and it resulted in the accident,” he said.

The train driver from the Takoradi Habour to Nsuta was among the dead, DSP Folivia said.

He said they were trying to clear the debris off the Railway lines to ensure the safety of travelers.