Home / Feature Articles / 13 years of Ghana Business News: The travails, the toils in pursuance of truth

13 years of Ghana Business News: The travails, the toils in pursuance of truth

December 12, 2021 Feature Articles, Lead Story Comments Off on 13 years of Ghana Business News: The travails, the toils in pursuance of truth 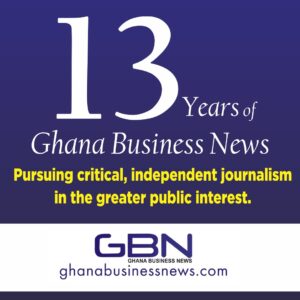 When I finally came to the point where I knew I had to make the decision – a decision that was a risk, an adventure into the unknown. All I needed was the personal conviction that I was ready to take a dive into uncharted waters, with no firm assurance of an income. That I would be committed, willing and able to go the full hog.

It was in December 2008. Six months earlier I had been poached by the owners of CitiFM. I took that job offer because it was a difficult one – came with the challenge to build up the then website of the radio station known as ‘Ghana News Today’. It was dead. Even staff of the radio station didn’t visit it. Before then, I was working at Multimedia as an online journalist at myjoyonline. I loved working there, but it was frustrating. There were demands to deliver, but no tools to work with.

At CitiFM, I did my best, working every single day, including from home on Saturdays and Sundays, using my own resources to ensure that the website was frequently updated with relevant original content. Not long after I joined the online department, competitors started copying stories from there, the radio newsroom started taking the website serious – sometimes when they have no stories, the website came to the rescue. Even though I was the online editor, I would sometimes lead the radio newsroom to break stories. One time, one of the journalists told me this. He said: “We saw instant change as soon as you took over the website. It wasn’t even gradual. It was instant.”

There is the unspoken word that states that one is punished for doing the right thing, and that became the path I had to stay.

But my time there was soon to end. It could have ended in bitterness, but I knew better to spend my energies in more positive ways. Management interfered in my work. I would often receive instructions through third parties to take down stories. I started having issues with management about the kind of journalism I was pursuing. It wasn’t straightforward. I wasn’t even told directly – but I got the message – the body language was loud enough. I was subtly told that I couldn’t do some stories.

Five months into the job, I have started making up my mind. Then on November 7, 2008, a month to elections, the Parliament of Ghana passed a fake Sale and Purchase Agreement that claimed two of the world’s largest alumina companies, Vale of Brazil and Norsk Hydro of Norway have bought 70 per cent of VALCO for $175.5 million. Reuters first broke the story.

I led the newsroom to dig into the story and got an extensive interview with an official of Norsk, it turned out these companies didn’t buy VALCO. It has never been known which agreement Parliament approved.

On that fateful Friday evening as the story was being ran on air, an order came that it should be cut. The then Minority Ranking Member for Industry, Inusah Fuseini was being interviewed live. That was the end of the story.

Then I knew, I had to leave. I started firming my exit plan. I wasn’t going to work for any commercial media house anymore. I decided to start my own news organisation, and I would focus on business news. The idea for a business news was also heightened by an experience that I had. In 2007, I entered a business plan competition organized by Technoserv. The competition was known as ‘Believe, Begin, Become’. The competition was in three stages. Those of us who got to the second stage were taken through a business plan development programme, a sort of a ‘mini MBA’ for about eight weeks.

At the end of the training, we were to write our business plans so we could advance to the third and final stage following another round of assessment. It was while my colleagues and I were researching online for business information from Ghana, that I realized there wasn’t much. We couldn’t find well researched, informative and useful business information, much less business news or features. That set me thinking. So when I decided to start a news organisation, I thought it should be business focused.

It was one weekend in November at home. Francis Quasie had visited me to discuss the possibility of designing and developing a news website. Francis, later stayed and worked with me for 11 years – the most loyal person I have ever known – through thick and thin. He had earlier designed the website for the company I had intended starting out of the business plan competition project. I had registered a company known as iBand Ghana Ltd., to sell Internet services to apartments in Ghana starting from Accra. iBand didn’t fly.

But this cool Saturday afternoon in the apartment, Francis and I talked about a business news site. I came up with the name ghanabusinessnews.com. We quickly searched for its availability and bingo! It was. We immediately registered it, to secure the domain name.

Once we secured the domain name, Francis also did the initial design for the interface. I shared that with my good friend Kwaku Chintoh of Mokocharlie, a brilliant graphic designer who spruced it up and came up with the colors for the logo. Then I needed a web developer to work on the site with the functionality that I wanted. It was hard to find anyone. But I eventually spoke to Chris Bennet, whom I had earlier met.

It took a while and a lot of pushing to get Chris to meet the deadline. Even though the site wasn’t completely done, I insisted on starting test publishing on December 6, 2008. That night around 10pm, I published the first few stories. Then on December 7, I received an email from someone who had read one of the articles. The article was on the impact of full cost recovery on tertiary education in Ghana. I wrote that article from the presentation I made at the Sociology Students Association Week, while a student at the University of Ghana, Legon in 2005.

It was exciting, and I looked forward to building a credible, reliable news website.

Ghana Business News became the first news website in Ghana by an independent journalist. Before then, the news websites that existed were owned by radio, TV stations and other individuals who are not journalists.

At the end of December that year I resigned my job and took up the running of the website full-time. Based on the advertising model, I had hoped that a good, credible reliable source of news would attract advertisers and sponsors. But as I would find out as I went on, it didn’t. At least not in Ghana.

There is the unspoken word that states that one is punished for doing the right thing, and that became the path I had to stay. With no advertising revenue, I had to use my own resources, and as I always say, my ‘lunch money’. I do receive occasional support from some friends. Having said that, we did get some advertising at some point, but it all ceased, for no apparent reason.

At this point, what kept me going was my faith in myself, the importance of the journalism that I was doing and the supreme public interest. There were times I couldn’t raise money to pay for hosting services and it got to a point where the website was going to be taken down, and a good Samaritan would show up and pay up. There were times I had to borrow money from family and friends to pay for costs.

I have vacillated between having an office, to being without one. With my reporters we would go to assignments by walking the rest of the distance because we didn’t have money for taxi and we could only board ‘trotro’ to a point on the journey. There were times we would cancel assignments outright because we didn’t have the money to travel. We also didn’t depend on what in Ghana is called ‘soli’. Some form of inducement given to journalists when they covered events. We wanted to set a different standard. It was difficult, especially, because none of us were paid, but we believed it was the right thing to do.

Even with the very limited resources, some journalism and other graduates have benefitted tremendously from the work that I did with the website. Among them my first intern, Ekow Quandzie, Pamela Ofori-Boateng, Elorm Bismark Addo and Josephine Akonnor.

Along the line some friends came in to help; Pascal Kudiabor, Edmund Smith-Asante, and Eunice Menka.

The challenges never ceased. But I kept going. Until trategy struck on November 5, 2020. A fire razed the building housing my offices – the Cathedral Clinic on the High Street. I lost everything in the office. But friends around the world sprang into action to help me get back on my feet with some donations – thanks to Olivier van Beemen, a Dutch journalist, whom I have never met before. I was at a conference in South Africa where he spoke sometime in 2016 or so, but we never got to meet.

Ghana Business News has also collaborated with organisations like the ICIJ, CENOZO, Finance Uncovered, Forbidden Stories, CCIJ and worked with grants from the Journalism Fund, Europe among others.

There is a lot more I could write, but this must suffice for now, as you well may be aware of what we have accomplished in these 13 years, because you have been following us, have benefitted from our works – cited us in your research, school work, projects and obtained a great deal of information for your personal benefit.

It’s been a long and hard journey, but it has been fulfilling.

I am grateful to all who believed in me, kept faith with me and supported me. Especially, those who continue to cheer me on.