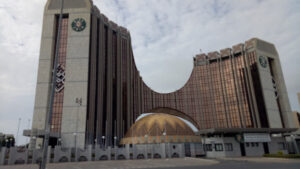 The rating agency, Moody’s has changed EBID’s outlook to stable from negative, and affirmed the B2 long-term issuer rating. EBID is the Economic Community of West African States’ (ECOWAS) Bank for Investment and Development.

According to Moody’s, the change in outlook to stable acknowledges EBID’s recent clearance of arrears on capital from a number of major shareholders, continuing efforts to improve its liquidity framework and risk management practices, and an expansion in funding sources which helps reduce EBID’s dependence on a narrow range of trade finance providers. The stable outlook also reflects the recent orientation of EBID’s business model towards increased on-lending activities. Moody’s also assumes that EBID will significantly slow its loan book expansion plans given limited near-term prospects for raising further significant capital to contain rising leverage, it added.

Moody’s notes that the B2 rating affirmation balances these modest improvements in a number of key credit characteristics against persistent credit challenges, including a still-weak liquidity profile from concentrated albeit gradually improving financing sources, limited historical support from lowly rated shareholders notwithstanding recent repayments of capital arrears, weak capital adequacy given the bank’s low borrower quality and challenging area of operations, and governance constraints.

Moody’s says the following reasons informed the decision. It said during the first nine months of 2021, the bank received $61 million in capital subscription payment arrears from a number of shareholders, with EBID’s arrears as a percentage of called capital declining to 14 per cent from 23 per cent in 2020.

This, the agency said, provided capital to support approximately $202 million (26 per cent) expansion year-to-date in the loan book, as EBID embarked on the first year of the new 2021-25 strategic plan which aspires to a significant expansion in the loan book.

“Nigeria and Côte d’Ivoire almost fully paid their arrears with $29 million and $21 million payments, respectively in 2021. The Gambia, Guinea Bissau, Liberia, and Senegal also made payments of $12 million combined. In 2018, Ghana had cleared all its arrears (5 per cent of total at end 2017),” it said.

Moody’s indicates that the Bank’s long-awaited liquidity policy and broader risk management framework improvements have been approved by the board and are now operational, aiming to improve visibility over the medium-term liquidity and risk profile of the bank. The bank also secured additional development financing from a range of sources including development finance institutions and commercial lenders, thereby expanding its funding sources and helping to reduce its hitherto dependence on a narrow range of trade finance providers, it said.

Moody’s further notes that EBID is progressively expanding its on-lending activities to commercial banks focusing on small and medium enterprise (SME) lending, aimed at delivering on its development mandate while diversifying its risk exposure.

While the latest strategic planning cycle that commenced in 2021 projects higher loan disbursements, the stable outlook assumes EBID will temper aspirational loan book expansion plans to contain rising leverage; Moody’s does not expect a significant increase in capital beyond the collection of remaining capital arrears from shareholders over the course of the strategic plan period, it added.

The World Bank has stated the expected impacts of a combination of COVID-19, inflation, debt …