Home / Africa/International / Pandora Papers: How the UAE has become a go-to offshore haven for Africa’s political and business elite

Pandora Papers: How the UAE has become a go-to offshore haven for Africa’s political and business elite

3 weeks ago Africa/International Comments Off on Pandora Papers: How the UAE has become a go-to offshore haven for Africa’s political and business elite 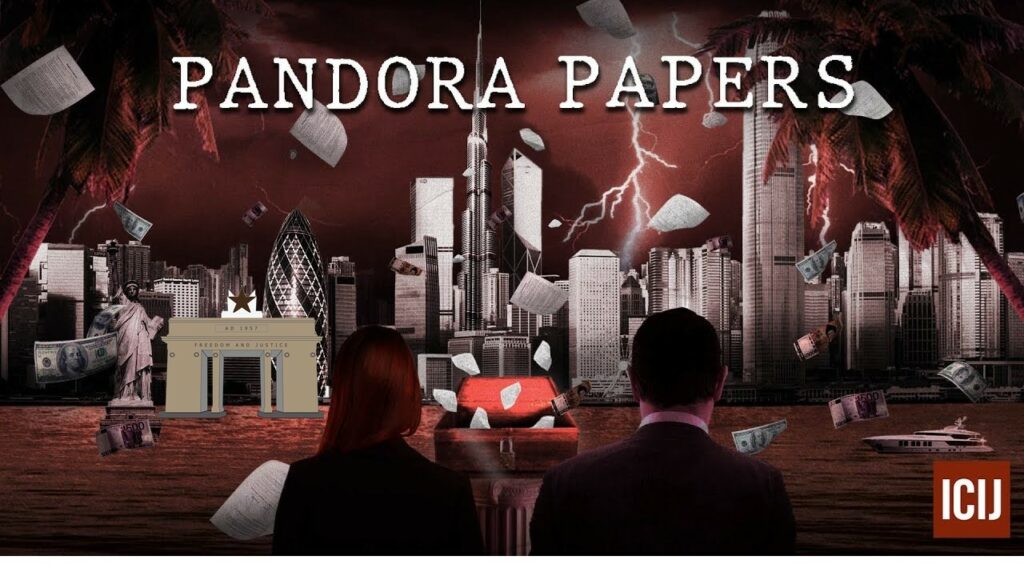 In 2018, the son of the president of the island nation of Comoros was back home in the capital city of Moroni and looking to make a buck.

Nour El Fath Azali, a former bank auditor and American business school graduate, set up a shell company in the United Arab Emirates, according to records from the Pandora Papers investigation. The company, Olifants Ltd., offered consultancy and other advisory services.

Months later, Comorian President Azali Assoumani appointed his son as a personal adviser. The younger Azali now works to persuade Emirati officials to invest in the Comoros, a small cluster of islands off the east coast of Africa with a government that international observers say is plagued by systemic corruption.

Owning shell companies and bank accounts in the UAE, one of the world’s most secretive financial havens, is a growing trend among African politicians and their business allies.

The Pandora Papers, a global media collaboration that exposes the hidden financial deals of the world’s rich and powerful, is based on leaked records from 14 firms that help set up shell companies and bank accounts.  Among these so-called offshore providers is SFM Corporate Services,  based in the UAE’s financial capital, Dubai.

“The UAE, de facto, tolerates illicit flows and trades that other more reputable international financial centers shun,” said Ricardo Soares de Oliveira, a University of Oxford professor who leads a research project on African countries and major financial centers, including Dubai. “In exchange for its acceptance that dubious players and monies be based in the country, the UAE merely asks wealthy Africans to stay out of local politics and stay within the boundaries of local law,” Soares de Oliveira said.

Those drawn to the UAE praise its light-touch approach to business regulation and its convenient time zone, between those of Europe and Asia. UAE companies often provide generous tax exemptions to foreigners, and owners aren’t required to open an office or disclose their names on public registers.

Financial crime experts and tax and law enforcement officials, however, point to the UAE’s history as a conduit for corrupt proceeds.

The Persian Gulf nation has ignored money laundering for years, according to a 2020 report prepared by a team of international experts for the Paris-based Financial Action Task Force, the main international organization for coordinating global anti-money laundering efforts. The report noted that the UAE is reluctant to share information about the owners of companies created there with authorities in other countries.

Azali said, in response to questions from ICIJ, that he closed Olifants Ltd. in 2019 before it conducted any business and before he joined his father’s administration.

SFM declined to talk about specific cases, citing client confidentiality. In a statement to ICIJ, the firm said its activities are “absolutely legal in every aspect.” It said it follows the laws and regulations in the jurisdictions where it operates and it follows strict “Know Your Client” and “due diligence” processes when it takes on new clients.

“In the 15 years SFM has been operating, neither the company nor its employees/directors, have encountered any legal allegations,” it said.

Politicians worldwide, including many from Africa, have beaten a path to the UAE, according to the Pandora Papers and other media investigations.

In 2018, a newly elected member of Kenya’s Parliament, Tindi Mwale, emailed SFM in Dubai, paying $2,641 to set up a company called Sahel & Scott Holdings Ltd and a bank account in the island nation of Mauritius.

Mwale, who launched a real estate, engineering, consulting and construction conglomerate before entering politics in 2017,  told SFM that he planned to build roads, bridges, sewerage systems and oil pipelines. He signed emails with his government title, including a reference to the western Kenyan region he represents in Parliament: “Hon. Tindi Mwale, M.P. Butere Constituency.”

Kenyan officials must declare to authorities their assets and wealth. In a brief telephone interview, Mwale denied owning an offshore company.

“I’ve never chosen any company outside of Kenya,” Mwale told an ICIJ reporter in a telephone interview over WhatsApp before blocking the reporter’s phone number. “I’m even surprised that you are pushing things that are lies.”

Be it a luxury villa, a shell company for holding hidden wealth, or the services of Dubai-based accountants or lawyers, the UAE has something for elites of all stripes, including Africa’s most influential politicians and business leaders.

Dos Santos is wanted in Angola on charges that she caused the country to lose more than $1 billion from insider deals. Her husband died in 2020. Dos Santos denies wrongdoing and is reported to have remained in Dubai.

Living near dos Santos in Dubai was Rukaiyatu Abubakar, a wife of Nigeria’s former vice president, Atiku Abubakar, who owned a four-bedroom apartment, according to a tenancy agreement in the Pandora Papers.

Not far from Abubakar lived  Farid Bedjaoui, the nephew of a former Algerian foreign minister.

In 2013,Italian authorities charged Bedjaoui with bribery and corruption, alleging that he used his influence to inflate oil and gas contracts and then skimmed millions of dollars for himself. He was nicknamed “Mr. 3%” in some news reports, a reference to his alleged share of the illicit proceeds.  Last year, Italy’s highest court acquitted him. Bedjaoui also owned a UAE company, according to the Pandora Papers.

Prominent Africans aren’t the only rich and powerful people who have moved to the UAE.

Nurali Aliyev, grandson of Kazakhstan’s president, lived on a famous palm tree-shaped artificial island in Dubai, according to the Pandora Papers. Another expatriate in Dubai was Delyan Peevski, a former Bulgarian member of Parliament whom the U.S. Treasury Department sanctioned in 2021 for alleged corruption. Peevski used a UAE residency card to set up a shell company in the Seychelles. Under Bulgarian law, lawmakers cannot be official residents of other countries.

Dos Santos, Bedjaoui, Aliyev, Peevski and their attorneys did not respond to requests for comment. Paul Ibe, a spokesman for the Abubakar family, told ICIJ that Rukaiyatu Abubakar is a private citizen and that the couple purchased the Dubai property with funds from the former vice president’s “personal business investments.”

Prominent nonresidents who did business in Dubai included Ali Khalif Galaydh, a former Somalian prime minister, according to the Pandora Papers. He was in Dubai in 2006 for a meeting of his company Somtel International Ltd., registered in the British Virgin Islands.

Galaydh founded Somtel, a telecommunications company now with a major market share in Somalia, in the 1990s. The businessman and former government minister lived in Dubai before he became Somalia’s prime minister in October 2000. Somali lawmakers voted him out of office in October 2001, contending that he had failed to stanch lawlessness and violence in the war-torn country. He died in 2020.

Minutes from a March 2006 meeting in Dubai show that Galaydh resigned as director of the BVI company that year and relinquished his shares. Also attending the meeting was fellow shareholder Abdourahman Boreh, a Djiboutian millionaire described in U.S. State Department cables as a “perennial confidante and business partner” of Djibouti’s dictatorial president, Ismaïl Omar Guelleh.

In January 2013, records show, Djibouti’s communications minister, Abdi Houssein Ahmed, set up Issir Media Consulting Co. Ltd., an offshore company in the BVI. Ahmed managed his shell company through attorneys in Dubai and through the BVI and UAE offices of Trident Trust, one of the world’s largest offshore service providers. Ahmed created the shell company to own real estate, intellectual property and bank accounts, according to records.

A former adviser to Djibouti’s foreign ministry, Ahmed, in 2011, was appointed minister of culture and communications, a post he held for five years. In documents that he submitted to set up the offshore company, he described himself as both a businessman and “public servant.”

Under Djibouti’s constitution, holding the position of minister is “incompatible” with private sector activity.

“Where the whole world goes”

In late 2018, Charles Sipanje, the administrator of Zambia’s capital city, Lusaka, was cleaning house. Members of his team had embezzled almost $180,000, according to a government audit, and he was dealing with the mess. Sipanje dismissed staff members and appeared before the country’s legislature to apologize for fraud on his watch.

He still had time to open a company in the UAE.

On Aug. 13, 2018, Sipanje wired 3,213 euros (about $3,664) from his bank in Lusaka to SFM to create Atlantic Commodities Investment Ltd., according to emails and invoices in the Pandora Papers. He paid an additional $360 to open a bank account in Dubai.

“See attached swift advice,” Sipanje wrote to SFM, typing on his iPad and referring to an identification code for the system that allows banks to send and receive money internationally.

To help SFM confirm his identity, one of the service provider’s obligations under UAE due diligence rules, Sipanje shared recent bank statements. In 2018, the statements show, Sipanje spent almost $2,000 at Louis Vuitton and about $1,050 for a helicopter ride provided by a firm that specializes in sightseeing trips over Victoria Falls and the Zambezi River.

In a curriculum vitae shared with SFM, Sipanje did not mention any government employment. At the time, he was paid about $37,000 a year as the top public official in the Lusaka region. Leaked records show SFM’s own research identified Sipanje as being involved in Zambian politics.

Sipanje owns a company in Zambia with a name similar to that of its UAE counterpart, Atlantic Commodities Ltd. According to public records, the Zambia company held licences to explore almost 64,000 acres for gold and other minerals near the country’s border with the Democratic Republic of the Congo. Sipanje’s Zambian company applied for its first mineral license on Sept. 26, 2018 — a month after he created his UAE firm.

Sipanje was unapologetic about his use of the offshore system.

“I do hope to one day wear a crown of a billionaire,” he told Zambian media in October after the publication of Pandora Papers news reports.

In a follow-up interview, Sipanje told ICIJ that the UAE company was never operational and that he never opened a bank account. He said he has since asked SFM why its records indicated that he had.

“Dubai is where the whole world goes,” Sipanje said. “Everyone who wants to do business, wants to be in Dubai.”

Earlier this year, Zambia’s president dismissed Sipanje from his position as the chief bureaucrat of the country’s northern region. In August, his bid for a seat in Parliament failed. Now a private citizen, Sipanje told ICIJ that he will soon visit Dubai to finish setting up his company there.

“In Zambia, we’ve got everything in terms of minerals. Where do you sell your commodities?” he asked. “All the big boys in Africa have to deal with Dubai.” 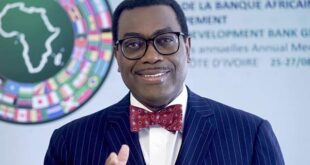