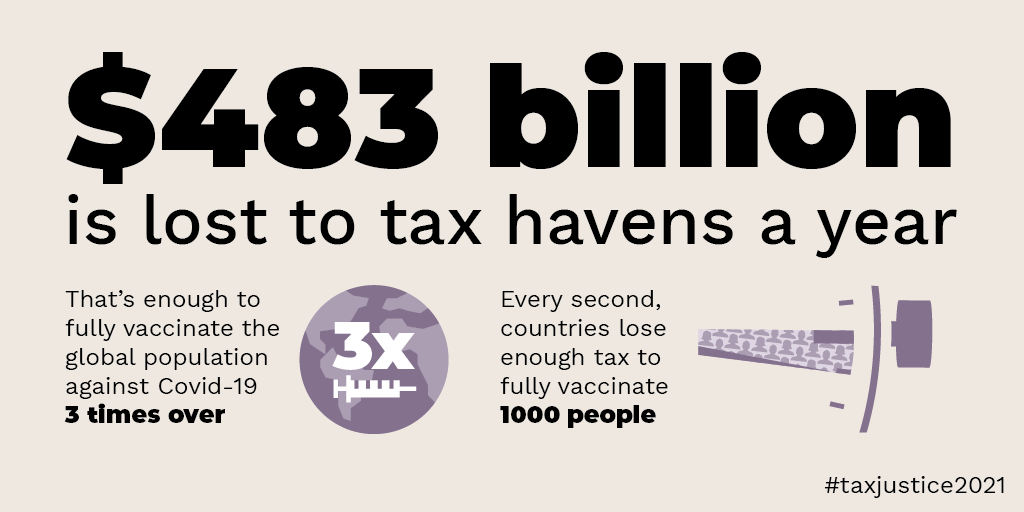 A new report by the Tax Justice Network revealing the amount of revenue lost to tax havens by countries around the world shows that Ghana loses about $167 million to tax havens every year. The report puts the figure at $166,923,515. The loss is estimated to be 2.4 per cent of Ghana’s annual tax revenue of $7 billion which amounts to $6 loss to every Ghanaian, based on a population figure of 29 million.

The report released today November 16, 2021 also finds that Ghana facilitates the loss of some $291 million to other countries. In other words, corporations and other individuals use Ghana to avoid paying taxes to other countries.

Ghana ranks 117 out of 133 countries on the Financial Secrecy Index by the Tax Justice Network. That rank is an improvement as a result of the country amending the Companies Act 1962 to include a clause on beneficial ownership. On the Corporate Tax Haven Index, the country ranks 61 and is responsible for 0.15 per cent global tax haven activities.

The report titled: “The state of tax justice 2021” found that countries around the world are losing a total of $483 billion in tax a year to global tax abuse committed by multinational corporations and wealthy individuals. The authors of the report believe that the amount lost is enough to pay for the cost to fully vaccinate all the people in the world against COVID-19 more than three times over.

According to the report, $312 billion of the total amount lost is due to cross-border corporate tax abuse by multinational corporations and $171 billion is due to offshore tax abuse by wealthy individuals.

The report also found that a small club of rich countries with de facto control over global tax rules is responsible for the majority of tax losses suffered by the rest of the world, with lower income countries hit the hardest by global tax abuse.

Authors of the report have therefore called for a shift of the responsibility of setting tax rules away from the OECD to the UN.

The recently published Pandora Papers exposed the scale and depth of the shadow economy of tax havens and activities of offshore companies as enablers of corporations and wealthy individuals to shift their profits abroad and to hide their wealth.