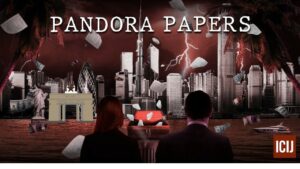 While preparing the Pandora Papers story, we sent a letter to the Public Procurement Authority (PPA) seeking answers to questions regarding the number of single sourced contracts that government institutions and agencies have awarded to Amandi Holdings.

The PPA did not respond before publication date October 17, 2021. We followed with an editorial a week later raising questions about transparency in the PPA’s dealings as we believed our enquiries gave the PPA an opportunity to provide clarity in the matter. Then a few days later we received a WhatsApp message from a senior official of the Authority and attached to it was a copy of the prepared response. Another official later called to render an apology, and following that a dispatcher was sent to hand deliver additional copies of the response.

We hereby publish unedited the full response from the PPA as signed by its Acting CEO, Frank Mante:

Reference is made to the subject above, and we duly acknowledge receipt of the enquiry from Mr. Daniel Dolev of the Israeli journalist organization Shomrim and your letter dated 11th October, 2021, both on the same subject matter.

We respond as follows:

Question: 1. Is it common for one group of companies to receive single source contracts from a range of public authorities?

Answer: Yes, it is common for companies with the requisite competences, experience, technical capacity, funding and expertise who meet the requirements of the government agencies which chose to engage such firms. This can cover large scale business in sectors like sanitation, construction, energy, utilities and other specialized areas.

Financing for such projects is a key determinant in the identification of capable firms by government agencies prior to obtaining the necessary approvals such as parliamentary, value for money through the Ministry of Finance, and from the PPA.

Question: 2. Can you refer us to written decisions made by PPA, stating the reasons to approve Amandi in each of the contracts as a single contractor, Instead of choosing the contractor through a tender process?

Answer: Ghana’s Public Procurement Law permits government organizations to engage contractors either by a tender process (open tender or restricted tendering) or through a non-competitive method of procurement such as single source under certain conditions.

The PPA is a Regulator of the procurement sector and does not issue tenders. The PPA as a regulator is required by law to supervise the use of uncompetitive methods in engaging contractors or suppliers and consultants. In this regard, the PPA considers applications submitted to it by other government organizations that intend to engage contractors without using the tender process or with limited tendering.

Even though the default method for all government organizations is to float a tender, there are exceptions under the Public Procurement Law, 2003 (Act 663). Under these exceptions, government organizations are permitted by law to invite a single contractor or a few contractors to undertake contracts, under certain conditions specified under the law.

Please note that written decisions by the PPA regarding the processing or consideration of these applications are protected by the confidentiality provisions of the Public Procurement Act, which strictly governs the release of third party commercial information or relations. Such information is also exempt under the Right to Information Act, 2019 (Act 989).

It’s also important to note that PPA’s approval of single source or restricted tendering applications does not always culminate in a contract or get implemented. There are numerous cases where approved applications are eventually curtailed due to funding or budgetary constraints, negotiation gaps or other technical issues, all of which are outside PPA’s responsibility. Individual contracting government agencies may be able to provide more insight into this difficulty.

Last but not the least, national assessment statistics show single sourcing as a small percentage of national procurement volumes, compared with the other competitive methods of national and international competitive tendering.

Question 3. What kind of backgrounds and due diligence checks were made prior to the authorization of Amandi group companies as a single source contractor?

It is a long, detailed and thorough process. The government organization applies to the PPA to engage the single source contractor. Certain documents must accompany the application, including the background of the project, the contractor’s profile and accompanying bills of quantities (BOQ) as well as indication of how the project will be funded. The governing Board of the PPA may also ask for any relevant additional information needed to arrive at a decision.

The PPA scrutinizes the application documents and conducts due diligence to ascertain a number of things, including extensive checks for price reasonableness, relevant experience relative to the subject matter of the procurement, legal capacity, and justification for selecting the contractor in line with the conditions spelt out in the Procurement Act. Recommendations are made by the technical team to the governing Board of the PPA – nine members who are experts in different fields such as procurement, civil engineering, audit, government business and international finance. This body undertakes a second tier scrutiny of such applications before granting approval, asking for additional information or rejecting the application.

Question: 4. Did Amandi group of companies get more single source contracts after 2014?

As a reputable and viable company working in Ghana, it is most likely that Amandi Group of Companies have undertaken more business and contracts either through competitive tender, restricted tender and single sourcing.

You are advised to direct this question to the company for a more informed response.

Question: 5. If so, can you refer us to the decisions stating the reasons for choosing Amandi companies for those contracts as well?