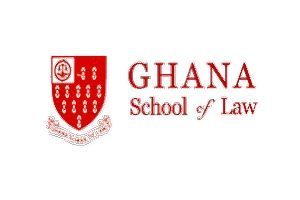 The Second Deputy Speaker of Parliament, Mr Joseph Osei-Owusu, has directed the General Legal Council (GLC) to admit all students who passed the entrance exams to the Ghana School of Law per the advertised rules of the examination.

He further directed the Attorney General and Minister of Justice to ensure that the resolution passed by the House was carried through to its logical conclusion.

The directive from the Deputy Speaker came after the House had voted in support of a motion filed by Mr Alexander Afenyo-Markin, the Deputy Majority Leader, to the GLC to admit 499 students who scored the 50 per cent mark as advertised per the rules of the examination.

Mr Afenyo-Markin, in his submission, said the actions by the GLC was repugnant and lacked certainty.

“We cannot create all manner of questionable schemes around how we mark scripts and determine those who have passed and not passed,” he said.

“If we increase access to LLB studies and want to limit access to the professional law course then what are we doing to ourselves.”

Mr Afenyo-Markin called on the Ghana School of Law (GSL) to ensure transparency and certainty in the way it conducted business, saying; “students are traumatised and frustrated, and it is not the time to close-in.”

He said actions of the GSL were continuously frustrating students and making the study of law unattractive.

“Just as politicians when we get it wrong they tell us, we are telling the Ghana School of Law they are continuously frustrating students, they are making the study of law unattractive,” Mr Afenyo-Markin said.

He charged the GSL and GLC to take the views of Parliament seriously and quickly take steps to remedy the situation, adding: “This is Parliament, the voice of the people”.

Alhaji Mohammed Mubarak Muntaka, the Minority Chief Whip, called for a probe into the GSL in relation to the 499 students denied admission into the School.

“This is an opportunity for us as a House, as the Representatives of the People, to probe into the matter to be able to give clear instructions… This is not about the Judiciary but the School of Law.”

Alhaji Muntaka wondered why the School, which put the pass marks at 50 per cent, should now shift the goal post.

He urged the School to find innovate ways to educating the students rather than insisting on the regular classroom learning.

“I hope at least for once, the House can stand together and forget about our political parties… This is something that is affecting all our constituents,” he added.

Facebook Twitter WhatsApp LinkedIn
2021-10-30
emmakd
Previous Global Fund contributes $1.2b to healthcare delivery in Ghana
Next More than $9b worth of Ghana gold exports unaccounted for