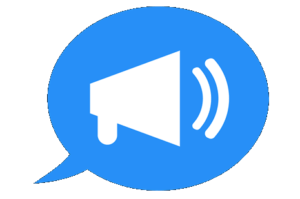 Mr Ebenezer Tetteh Kpalam, a Clinical Psychologist has called for the repackaging of Ghana’s mental health communication to be able to reach out to more Ghanaians on the need to take their mental health seriously.

Mr Kpalam in an interview with the Ghana News Agency in Tema said most people were of the view that mental health only covered people who were mentally ill, an assertion he said needed to be changed through the use of proper communication tools.

He said, “There is low level of understanding of mental health, therefore there is the need to use behavioural change methods to reach out to more people for early interventions”.

Mr Kpalam observed that the vast majority of people who needed help were suffering from mild, and moderate form of mental illness but they were not seeking help due to lack of knowledge on their conditions.

He added that it was about time that the Mental Health Authority and other relevant institutions demystified mental health illness saying, “Those we see on our streets are just some of the severe side of mental health, we need to let people get the understanding to prevent them from getting to the extreme”.

He also suggested that such communications should also involve the various mental health challenges facing children such as the increasing depression and anxiety, and attention deficit hypoactive disorders.

“We need child friendly mental health awareness campaign which should be shared and communicated in a way that they would understand,” he said.

Touching on the increasing number of depression and anxiety among children in Ghana, he said it was becoming high among children as most of them were stressed due to the socio-economic change in family settings as more parents were striving to acquire higher academic laurels, and in their careers.

He added that some parents also leave home early with the children while some were also picked by school buses as early as before 0600 hours in their bid to beat traffic, saying some parents even put their babies in boarding schools.

The Clinical Psychologist said this coupled with other factors such as late sleeping, and leaving the children on their own to fend for themselves while parents were at work, among others ended up depressing the children.

He said most children due to their age were unable to express their mental health challenges which could develop into more serious mental illnesses as they grow up.

Mr Kpalam therefore urged parents to make time for their children and encourage family time during which they could talk, share and address each other’s challenges using open communication.

He said parents must observe their children to more closely to pick up sudden behavior changes such as change in sleep pattern, level of activities, withdrawal, and eating pattern among others and sake help for them.