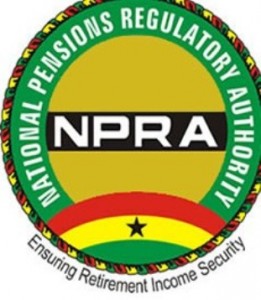 He said as the NPRA works to achieve its target, it would also ensure that coverage for the informal sector was increased from the current three per cent to 40 per cent by 2026.

“In order to meet this goal, it will be critical for the pension sector actors including workers and employers to understand how Ghana’s pension sector works, and how it can be scaled-up to reach more people,” he said.

He observed that knowledge, learning and best practices, which were critical factors needed to drive the pension sector to effectively address the challenges were missing.

Mr Fuseini said this when he addressed stakeholders drawn from the formal and informal sectors at the Regional Pensions Learning Alliance platform meeting held in Bolgatanga, capital of the Upper East Region.

He noted that the theme for the meeting, “Driving pension penetration in Northern Ghana through learning and information sharing; the role of pension sector actors,” was apt and more appropriate, saying “we are in times that the informal sector pension contribution is low”.

Mr Fuseini said the intent of the meeting was to create a pensions sector in the Upper East Region that would improve the quality of pension services and adapt to emerging changes in the sector in Ghana and beyond.

The Zonal Manager said it was estimated that about 85 per cent of Ghana’s workforce was in the informal sector, out of which only one per cent contributed to one form of a pension scheme.

This, he said, the NPRA considered as paltry and indicated that the platform would enable them share experiences that would stimulate peer lessons among pension sector actors to inform improved practices in the pension sector in the Region.

He gave the assurance that the NPRA would continue to partner with the various stakeholders to ensure the safety of pension funds to guarantee a secure income security for all workers during retirement.

Mr Abdulai Abdul-Rahaman, the Corporate Affairs Officer of the Zonal Office, emphasized the need for workers to regularly update their information at the Social Security and National Insurance Trust (SSNIT).

“If you do not update your records, and eventually retire, you will have challenges accessing the funds. For instance, if your date of birth is not correctly captured, it will be an issue. Some people have different dates of births with SSNIT and the employer.”

He said SSNIT was a human institution which could make mistakes, “That is why we need to update our records regularly. Once there is a genuine mistake and their attention is drawn to it, they can correct it”.

Mr Kwaku Appiah Twimasi, the Bolgatanga Branch Manager of SSNIT said “Some people have never checked their statements for about 20 to 30 years, and when they are near retirement, that they realise the employer had not been paying their contributions. If you regularly check, you will know where the issues are so we can address them,” he advised.

Mr Augustine Adongo Apambila, the Upper East Regional Secretary of the Trade Union Congress (TUC), thanked the NPRA for organizing the meeting, as it offered members of the TUC the opportunity to ask critical questions and seek clarification on issues of concern.