The music legend died at the Legon hospital after falling sick overnight. He was rushed to the emergency ward on Tuesday morning and died shortly.

He was born on Saturday, March 31, 1945 at Adiemmra at Afram Plains in the Eastern Region of Ghana to Opanyin Kwame Ampadu and Mercy Afua Ntiriwaa, both of Obo-Kwahu, Eastern Region.

The name of the band, according to Nana Ampadu, was in support of Kwame Nkrumah’s call for African unity.

Nana Ampadu explained how the African Brothers Band was formed. He narrated, “In 1963, I Nana Kwame Ampadu, then called Patrick Kwame Ampadu was approached by a gentleman by the name Kwasi Boahene, a resident of Nima, who told me he was enthused about my prowess at my band rehearsals at Adabraka-Accra. He suggested to me that his in-law had some musical instruments, though not full set and added we could set up a band. His persuasion won my confidence so I gave him a consent but explained I have to discuss with my elder brother Rover Kofi Amo who I stayed with at Adabraka.

“Before this event, Rover and I had already purchased conga drums, an acoustic guitar, and a locally made set of set of drums. Met with Kwasi Boahene and his In-law and we came to a consensus to combine the musical instruments and started recruiting bandsmen. We already had Yaw Owusu, who was my cousin, P.K Ampadu, Rover Kofi Amo, Kwasi Boahene, Kwame Anim,Yaw Asante and K. Ofori.

When it came to the group name, we asked each member to suggest a name. K. Ofori suggested ‘THE AFRICAN BROTHERS BAND’ and we all agreed as a way to show support for Osagyefo Dr. Kwame Nkrumah, First president of Ghana’s fight for Africa Unity.”

He said, “It took the band three good years before we were able to win the confidence of PHILIPS WEST AFRICAN LTD who recorded our maiden 33/3 single plate: Agyanka Dabere, Suminaso Ntonko”.
The African Brother’s breakthrough to stardom happened in 1967 with the hit song ‘Ebi te yie’ (some are well seated), a song that was regarded by many as potentially critical of the then-governing National Liberation Council. The song disappeared from the airwaves, only returning after the end of military rule.

The legendary musician composed and wrote numerous popular highlife tracks and is widely known to have over 800 songs credited to him.

His name was changed from PSK Ampadu to Nana Kwame Ampadu I when in 1972 he won the National highlife competition held at Rex Cinema Hall, Accra to be crowned the Odwontofohene (Singer-in-Chief).

His musical career also involved him in electoral politics, including composing a song for Jerry Rawlings’s National Democratic Congress party to use in the 1992 election campaign.

Nana Ampadu also released a song critical of an attempt to disqualify Rawlings from the 1992 election based mixed racial background; half-Scottish.

His song “Obra”, became the theme song for one of the Akan Drama Troupe’s Television Drama titled “Obra” which was aired on GTV every Sunday. His songs set the agenda for many national discussions covering politics, economics and social matters.

Nana Ampadu sang through all facets of Ghanaians’ life, capturing their fears, challenges, and triumphs as he planted moral lessons which transcend generations.

His death has sent waves of sadness and shock to all Ghanaians especially, those in the Music Industry.

Over the last 24 hours, social media have been flooded with tonnes of tributes to the Music legend and condolences to his family.

Hiplife Icon Sarkodie wrote on his Twitter page “Rest Well” attached to a yet to be released music video of him and Nana Ampadu.

He wrote, “I have learnt, with great sadness, of the death of one of Ghana’s musical icons, the legendary high-life artiste, Nana Ampadu. The outpouring of grief by many Ghanaians, following the news of his death, is an appreciation of the impact his music had on successive generations of Ghanaians.

Nana Ampadu believed in my vision for the transformation of Ghana, and assisted me tremendously on the campaign trail in the run-up to my victory in the elections of 2016, for which I remain eternally grateful. His was a life well-lived, and he will be sorely missed.

My deep condolences to his widow, children and family. Rest in perfect peace, Nana, and may the Almighty keep you in His Bosom until the Last Day of the Resurrection when we shall all meet again. Amen. Nana Ampadu, da yie, Nyame nfa wo kra nsie.” 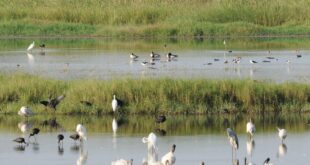 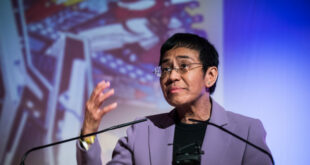