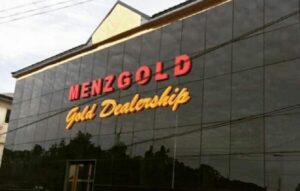 The Coalition of Aggrieved Customers of Menzgold (CACM) has called on Parliament to investigate the role played by Securities and Exchanges Commission (SEC) in the closure of Menzgold.

It also asked the legislature to investigate the role played by Economic and Organised Crime Office (EOCO) in the collapse of the scheme as well as the CEO and other board members of the company.

Speaking at a press conference in Accra, Mr Fred Forson, Public Relations Officer (PRO) of the Coalition, said members also wanted to know the whereabouts of some 400kilograms of gold reportedly owned by Menzgold.

The citizenry, he said, must treat the unresolved Menzgold saga as an emergency national catastrophe while calling on Executive arm of the Government to cooperate with Parliament to find an amicable solution to the conundrum that customers found themselves.

Mr Forson added that finding a solution would end the near extinction of over a million Ghanaians whose lives and very existence had been shattered following the closure of Menzgold.

He said it had been three (3) years since Menzgold and Brew Marketing companies were asked to shut down by the Security and Exchange Commission (SEC) following a financial clean-up exercise.

The PRO noted that, the current hardship in the country could be attributed to the shutdown.

“The over one million Ghanaians who are directly and indirectly affected by this development are yet to see any remedy by the government or its agencies in assisting customers in retrieving their locked-up investments,” he said.

Mr Forson said over 120 customers of Menzgold had passed away since 2018 and they had buried 10 customers in the past two weeks; 5 in Kumasi, 2 in Accra, 1 in Tarkwa, and 2 in the Central Region.

“It is emerging that many customers continuously take ill and face the stark reality of having no money to buy medication or seek medical care,” he said.

He stated that, their hopelessness as customers of the defunct Menzgold continued to deepen with no future assistance from the government or its agencies in sight.

“While we sorrowfully bury at least 2 customers every month in recent times, our pain is exacerbated by the government’s (and its agencies) unconcerned posture. It has come to our attention that Nana Appiah Mensah who is a major contributor to our current plight has been given a new license with which he has started trading in minerals once again as Ivex Minerals, an ongoing mineral trading business activity,” he said.

The Coalition alleged that the rampant adjournment of the criminal case which had been running for three years showed that to date, the state’s prosecution team had not been able to even proffer charges for the trial.

It said, it indicated that Government lacked the commitment to prosecute Nam1 as many see the trial as ‘government dancing kpalongo’ in court with the case.

Mr. Forson said a promise by the Finance Minister in 2019 at Burma Camp to the soldiers who were also customers, that an Asset recovery committee would be set up to assist in the retrieval of the locked-up money had not  been fulfilled.

He said, “We have petitioned the Presidency twice with no response. In one instance, the Ghana Police Operations Team arrested some of the customers. We have also petitioned the Council of State, Former Presidents, Attorney General, SEC but we saw no action.”

The PRO said they had also petitioned the Bank of Ghana, Church of Pentecost, Christian Council, National Peace Council, Manhyia Palace as well as other senior citizens and respected Religious Leaders but their efforts had yielded no results.

The Coalition hoped and prayed that the Government would listen to their cry and pay them what they have lost.