Ecstasy, methamphetamine found to be second most widely abused drugs in Africa 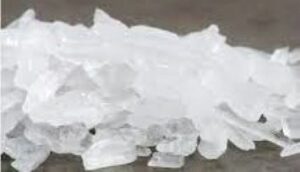 He said the problem of illicit drug use was widespread in the West African region with cannabis being the most common as it was easy to grow in the region’s climate, and cheaper than cocaine and heroin with reported prevalence rates of 5.2 per cent for West Africa and 13.5 per cent for Central Africa.

“There is now a codeine epidemic amongst our youths, the tramadol crowd, even as many engage in a voyage of discovery with various agents – diazepam, chlorpromazine, and different inhalants.”

Prof. Okolo made the observations at a virtual meeting held to launch the 2018-2019 West African Epidemiology Network on Drug Use (WENDU) report of statistics and trends on illicit drug supply and drug use.

The report highlights the latest estimates and trends on drug abuse and illicit drug supply, as well as trafficking in substandard, spurious, falsified and counterfeit medicinal products in West Africa.

“The public health and socio-economic consequences of this worrying scenario of illicit drug use in our region are now evident in our societies.

Prof. Okolo said the need for action was now more urgent than ever, as traffickers of illicit and falsified products knew the market well and would always target medications in high demand.

He said data provided by law enforcement agencies reflected an increase in the number of arrests due to drug related offenses from 2014 to 2019, with a total of 96,302.

“I am glad that as the availability of data on drug use and aggregate drug supply in West Africa is rapidly improving, our individual and collective drug prevention and control activities will be scientifically driven for maximum impact,” she noted.

She said reliable, up-to-date data were vital for policy and evidenced based programming without which their activities might not be effective and urged participants to make use of the WENDU reports and disseminate it widely.

Mr Ezekwesiri Eluchie, the Secretary General, the West African Civil Society Organizations on Substance Abuse (WANCSA), said the WENDU Report came at a crucial time, when evidence-based practice in all facets of efforts at addressing substance use disorder had become the norm.

The WENDU Report provides a one-stop platform for requisite materials to enable evidence-based advocacy, prevention, treatment and care, which WANCSA members would take advantage of in their programming and practice.

In the coming months and with support from partners and funders, Mr Eluchie said WANCSA had planned to commence intensive step-down “Sensitisation and Enlightenment Programme” geared towards familiarising its membership, the civil society community and practitioners involved in drug abuse prevention.

It also aimed at addressing substance use disorder across West Africa, at district and local community levels on the importance of adopting the WENDU Report in programming and practice.

Ghanaian man jailed in the US for online romance scam