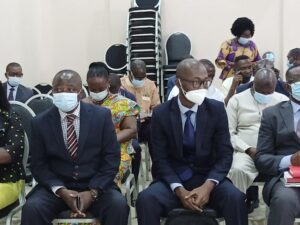 Members of the PAC, chaired by Mr James Avedzi, are considering the 2017 Auditor-General’s Report for some Polytechnics in its six-day sitting.

It would also consider the Auditor-General’s Report on the management and utilization of the District Assemblies Common Fund (DACF) and the Internally Generated Funds (IGFs) for the same period.

In addition, all pre-university educational institutions in the Bono Region cited in the Report are also expected to appear to respond to queries.

Addressing the opening session, Mr Avedzi, also the Member of Parliament (MP) for Ketu North, reminded the PAC was set up by Article 103 of the 1992 constitution and Standing Order of Parliament 165.

He said the committee had the powers of a High Court and advised the witnesses to speak the truth.

As at the time of this report, witnesses from the Berekum Presbyterian Senior High, Wenchi Methodist Senior High, Menji Agriculture Senior High and Twene Amanfo Technical/Senior High Schools were being taken through the oath.