The Kadjebi District in the Oti Region has recorded 66 new HIV and AIDS cases as of June 2021 compared with 51 cases recorded in the same period in 2020.

The number includes 46 females and 20 males.

Currently, 505 patients are on treatment.

Madam Zoryiku, who did a presentation on behalf of the Family Health Unit, described the situation as scary and urged partners to be faithful to each other or use condoms.

She called on the stakeholders to help curb maternal and child mobility by stopping home delivery and encouraging visits to health facilities for medical attention.

Mr Derick Atitsu, the District Disease Control Officer, said the mandate was to investigate all suspected cases of public health, monitor priority diseases and other cases, investigate and report on suspected cases, collect and collate data on communicable diseases, among others.

He mentioned resistance to some services, reduced patronage of services, dependence on commercial motorbike for outreach by some facilities, delayed release of supportive funds for staff, inaccurate reporting at some facilities, among others as challenges affecting the Disease Control and Surveillance Unit.

Miss Fafali Doe, the District Nutrition Officer, said they aimed to promptly detect all cases of malnutrition among children less than five years and appropriately manage them, to increase Vitamin A coverage from 51 per cent to at least 55 per cent by the end of June 2021 for children between 6-59 months. 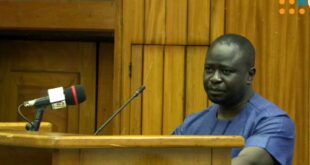 All 29 suspects who were arrested for rioting during the Arise Ghana demonstration on Tuesday, …