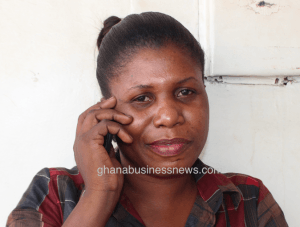 In 2018, a young man attended a job interview in Accra. As he sat at the designated room with others waiting to be called, he took out his phone to browse.

For close to 45 minutes of dead silence in the room, he lifted his head out of curiosity to look around and then something struck him. He realized a similar pattern- everyone was busily fidgeting with his or her phone.

They spent all that time in the room but never exchanged greetings or any form of pleasantries. That was when the thought occurred to him as to the extent of damage mobile phones had done to the once vibrant Ghanaian social life.

Defining social interaction, John Lewis Gillin and John Philip Gillin wrote: “By social interaction we mean the mutual or reciprocal influence, resulting in the modification of behaviour, exerted through social contact and communication which, in turn, are established by inter-stimulation and response.”

Pitirim Sorokim also describes social interaction as “any event by which one party tangibly influ­ences the overt actions or the state of mind of the other.” (Sorokin, 1928). Thus, social interaction is a reciprocal and interdependent activity.

By inventing the cell phone, Martin Cooper, widely regarded as the “Father” of the cellular phone, gave humans the ability to carry a device with them that allowed for instant communication.

The major advantages to having a mobile phone is that it is easier to express oneself through communication and creativity, to access entertainment, to be safe, and to connect to the internet.

Communicating with loved ones, colleagues, friends, and more has never been simpler.

Techspirited, a tech-savvy platform said, “By allowing instant access to any desired destination across the globe, mobile phones have changed the landscape of communication.

Not only globally, cell phones are important in day-to-day life.”

Besides the ease of communication, expressing oneself creatively has also never been so straightforward.

Albeit the immense benefits derived from mobile phones, its negative impact on social interactions cannot be downplayed.

Highlighting the global addictive nature of mobile phones, Thrive Global, an American Company that provides behavior change technology and media, to support individuals struggling with stress and burnout, in its article published in 2018 stated that the increasing dependence on mobile phones had developed a fear of being away from it.

This is called “Nomophobia”, which is an abbreviation of ‘no-mobile-phone phobia.’

“Some college students keep their mobiles with them in their shower rooms as per their need to be able to stay close to connectivity,” the article said.

“This is backed up by a study where the UK Post Office commissioned YouGov to research whether we are developing anxieties related to our mobile phone. It turns out nearly 53 per cent of young mobile phone users in Britain develop anxiety when they cannot find their mobile, lose signal or break their phone!” it added.

In Ghana, the situation is no different! People can become emotionally tied to their phones in such a way that they feel grief, anxiety, or despair if they forget it at home.

In public transports, the addictive repercussions are so evident that when one greets a passenger, instead of him or her looking at the fellow in the face, smiling and giving a response, the unexpected rather happens— he or she only nods in response while bending towards the phone.

Some passengers even end up missing their bus stops or leaving their valuables behind in vehicles due to over concentration on their mobile phones.

Mobile phones have gradually created a generation of people who are very vocal and highly opinionated on social media platforms but in real life, these same people struggle to even start a conversation.

Ghanaians public. University campuses, one will notice something interesting, that some students who were very expressive and visible on social media, seemingly shrunk in fear during group presentations at lectures.

Mobile phone interruptions happen at weddings, family gatherings, movie theatres or offices and even at religious gatherings. This poses a detrimental effect on work or class productivity and slows up the rate at which work is done. It is true mobile phones make people connected and the world a small village, but if not used carefully, it can physically isolate you from family and people around you. One of the typical negative impacts is where you meet a group of young people seated around a coffee table but not talking among themselves and glued to their phones.

Additionally, if a teenager or partner is too much into their mobile phone, this can hurt the relationship with the family or partner.

The advantages and disadvantages of cell phones show us that having more ways to communicate with others can be an excellent resource. Below are a few suggestions to help you work on your mobile phone addiction and improve social interaction.

1.      Tracking your cell phone use such as adding up how many times per hour you check your phone can increase your awareness about your problem. You can download an application that tracks your cell phone use like Checky, App Off Timer, or QualityTime. You can use this information to set a specific goal of how many times per hour or day you allow yourself to check your phone.

2.      Create a plan for your phone use. Limit your cell phone use to certain times of the day. You can set an alarm on your phone to alert you when you have reached your maximum time. For example, you can allow yourself to use your phone only from 1800 hours to 1900 hours. You can also set up specific times not to use your phone, such as while you are at work or school. Write your plan and goals down to make them more concrete. Keep a log of which goals you’ve met and ones you are still working on.

3.      Change your phone settings. There are settings on your phone that may alert you every time you get an email or Facebook notification. Make sure you turn these off! This will reduce the number of times your phone goes off or vibrates. This way you are not being notified every time something occurs.

4.      Remind yourself that whatever you are wanting to check on your phone is not that important and can wait. Next time you feel the need to use it step back and think, “Do I really need to call/text this person right now or can it wait until later?”

With all that said and done, the way you utilize your mobile phone matters. If used wisely, a mobile phone can be one of the best gadgets you will ever hold. You can use it to benefit your life profitably. Don’t let the disadvantages of mobile phones discourage you, it’s a matter of choosing how best it benefits you.