July 30, 2021 General News Comments Off on Pharmacist cautions against kisses and the use of unsterilized razors to prevent Hepatitis 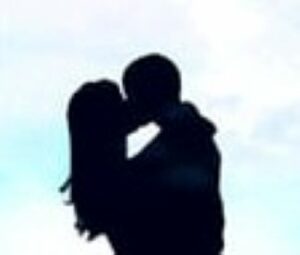 Mr Kwadwo Apenteng,  a pharmacist at the Effia-Nkwanta Regional Hospital has called on the public to know their Hepatitis status or vaccinate against the disease.

He cautioned against indiscriminate kissing, sex, use of barbering machines, and doing manicures or pedicures, especially by roadside providers.

Pharmacist Apenteng in an interview with GNA in Sekondi said the Hepatitis disease, which is a viral disease with many types has become a silent killer in recent times, hence, the need for the public to be wary of some causative factors and prevention modes.

The disease, he said thrived very well on body fluids and could stay outside the body for between 10 and 14 days and may, therefore, sticks on objects such as earrings, razors blades, infected needles as well as fluid transmission including penial, virginal, blood and silva fluids.

He said the Hepatitis disease, especially the B and C types, were very dangerous and described type B as the worst of all the types of Hepatitis.

The Pharmacist added, “Over the period Hepatitis has become a silent killer destroying one key organ, the Liver, which is supposed to mop up all toxins from the body and with time, these body waste begin to mix with the blood and cause many health problems”.

He explained that, despite the scary nature of the disease, 90 percent of affected persons may heal naturally with nine percent becoming chronic carriers and one percent developing the deadly complications associated with the disease.

Pharmacist Apenteng said, the country can’t afford to wait any longer with about 15 percent of its population being infected and called on the citizens to take active prevention measures by sticking to one sexual partner, having their own barbering or manicure and pedicure tools, getting vaccinated or test to know one’s status.

He said vaccination lasted for ten years after, which booster doses could be taken by the individual.

Ghana Water says it has made strides in Infrastructure Transparency Index

Nana Ekow Arhin Kondua, a lawyer in the Western Region, has encouraged Ghanaian youth to …