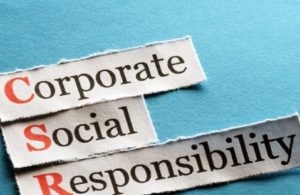 Parliament on Wednesday rejected a motion to streamline and mainstream Corporate Social Responsibility (CSR) in Ghana, which can ensure cogent, equitable and sustainable national development.

The ‘nos’ won the debate, when Second Deputy Speaker Andrew Asiamah Amoako, chairing proceedings, put the motion to a vote.

Mr Frank Annoh-Dompreh, the Majority Chief Whip and MP for Nsawam Adoagyiri, had on Friday, July 16, 2021 moved the motion and it was seconded by Rockson-Nelson Etse Dafeamekpor, the MP for South Dayi.

Despite the failure of the motion to be carried, Mr Asiamah informed the House that he had information that a group was working on a similar motion to fashion out guidelines on CSR, and urged the mover of the motion to link up with the group, the Trade and Industry, and Finance committees to work out something for the House and nation.

Contributing to the debate, the Minority Leader, Haruna Iddrisu, supported the motion but expressed concern about its construct.

He made a case for corporate institutions to support the communities in which they operate with social amenities.

The Minority Leader argued, however, that though CSR should be ethical, it must be voluntary.

He said for Parliament to want to promulgate legislation on CSR could be misconstrued as repugnant.

“You can’t legislate on generosity,” he said.

However, Majority Leader Osei Kyei-Mensah Bonsu observed that the House was not yet dealing with a bill, but rather a motion, which should inform the construction of a memorandum that would accompany a possible bill.

Contributions from the Minority Side indicated that making CSR mandatory would overburden corporate institutions.

No docket on murder of Hussein-Suale – Minister