The church in Ghana is losing its taste – Former Moderator

The Very Reverend Edem Tettey, the Immediate Past Moderator of the Global Evangelical Church (GEC), says the Church in Ghana is losing its taste.

He said one of the critical contemporary leadership challenges of the Church in Ghana was politicisation of the Church and its voice by some denominational leaders, making the Church to lose relevance.

The inaugural Lecture was on the topic: “Contemporary Leadership Challenges Confronting the Church of Christ in Ghana.”

He said denominational leaders must speak to issues relating to unrighteous acts and injustice affecting all, especially the poor and lowly in society and not partisan politics.

The Immediate Past Moderator said they must speak truth to power and declare the mind of God as in the Bible.

The Very Rev Amenyedu was nominated acting Moderator of the E.P Church of Ghana, now the GEC in 1991.

The decision was based on the provisions of Article 29 of the 1979 Constitution of the Church.

He was formally invited to take up the vacant position as the Acting Moderator and was later confirmed at the 52nd Synod in 1993 as the Substantive Moderator at a tumultuous period.

He said it was expected that those who were called to be denominational leaders would be bold and fearless like John the Baptist.

The Very Rev Tettey said it was unfortunate that all the Councils, representing the Christian Churches in Ghana “are silent” over issues of concern to the public, “and the obvious conclusion one draws from the deafening silence is that the contemporary Church leaders have strong political affiliation with the ruling political party, where their allegiance belongs.”

“We see most of our denominational leaders being so politically minded that they have become of little use in the Kingdom of God,” he added.

He said it was rather unfortunate that because of their stance on the current acts of injustice and unrighteousness in the Land, the Councils and some previously vocal Christian leaders had become objects of scorn and ridicule in the social media landscape.

He said it was a disaster that the Church in Ghana had allowed multiparty democracy to divide its ranks, win the hearts of its leaders and destroyed her testimony and voice.

“If our Christian leaders will easily yield to African politicians, who are known to win people easily with money, we must pray that the LGBTQ+ movements, which are also flexing their financial muscles, do not take over the Churches, ” he said. 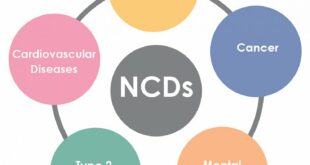 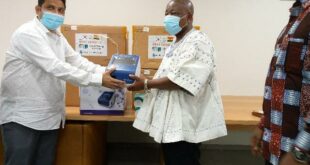