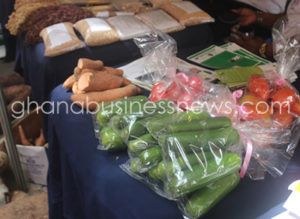 It would undertake activities to create awareness on the negative impact of TFA and advocate for healthier oils and fats through the implementation of the Public Health Act and the World Health Organisation (WHO) REPLACE Technical Package to improve heart health in the country.

The coalition would collaborate with the Ministry of Health, Food and Drugs Authority, WHO, the media as well as other relevant stakeholders in the campaign against the production of TFA in Ghana.

The establishment of the HeDAG was announced at a consultative meeting of civil society organisations and the media on the Elimination of Trans-Fatty Acids organized by the Institute of Leadership and Development (INSLA) in Accra on Thursday.

Ms Mary Kpogo, the Project Officer of INSLA in a presentation, said the products could be produced industrially by the partial hydrogenation of vegetable and fish oils and that; “These oils are most frequently found in baked and fried foods, prepared or pre-packaged snacks and food, and cooking oils and spreads.”

“They were developed as a replacement for animal fats such as butter, but are also used to increase the shelf-life of foods and oils by lowering their oxidation potential as well as to alter the texture while their cost are lower than that of animal fats,” she stated.

She mentioned the health effects of TFA as heart diseases, stroke, mortality, increases inflammation of those with obesity, damages the inner lining of blood vessels, insulin resistance and increases type ‘2’ diabetes  and also increases the risk of death by 34 per cent.

Mr Kpogo said the product increases levels of unhealthy cholesterol and that according to the World Health Organisation (WHO), globally; the intake of TFA is estimated to be responsible for more than 500,000 deaths per year.

Mr Ali said Ghana’s commitment in the 2020 WHO Report on Global Trans Fat Elimination was not satisfactory and urged that the next reporting cycle, should see the country moving to the next subsequent categories, while calling on CSOs to put TFA elimination on the national agenda.

Mr Benjamin Anabila, the Director of INSLA, said the campaign deliverables started in Ghana in April 2021 and it would run for one-year with the hashtags #EliminateTransFattyAcidsInGhana and #TransFatFreeGhana.