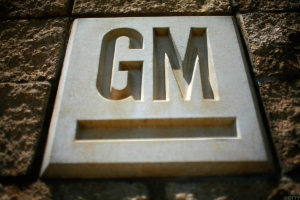 General Motors (GM) on Friday said it is calling back 410,019 units of 2015 and 2016 Chevrolet Silverado and GMC Sierra pick up trucks as the side airbags installed in the cars are not safe for the passengers.

While the incident does bear semblance to the Takata airbags incidents, the part in question was not built by Takata, but was built by a Mexican company named Joyson Safety Systems.

According to the National Highway Traffic Safety Association, the airbag inflator end cap installed in the cars can detach and shoot inside the vehicle from both directions.

The models in contention are 2015 and 2016 Chevrolet and GMC Sierra 1500, 2500, and 3500 trucks.
According to documents, three such incidents happened last month in 2015 Silverados where the airbags ruptured, sending the parts flying inside the cabin.

While there have been no casualties in any of the cases, according to NHTSA, this can easily lead to a crash.

The company has reported that manufacturing defects has lead to the parts getting damp which has led to the corrosion of the parts.

The company says that due to a shortage of parts, the company will notify owners about the details of changing their parts starting from August 16.

There has been no notice from the NHTSA to stop driving the cars.

The owners can check if their car is in the bracket by heading over to the NHTSA website and entering their VIN number.