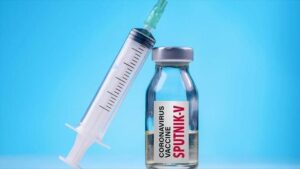 The Minority in Parliament is calling for a parliamentary probe into the procurement contracts between the Government of Ghana, Sheikh Ahmed Dalmook Al Maktoum and one other for the supply of Sputnik-V COVID-19 vaccines.

Consequently, Minority Leader on Thursday moved a Private Member’s motion for the House to constitute a bi-partisan Committee to investigate the contracts.

He then directed a committee to be formed on the issue and submit a report to the House for consideration.

Moving the motion, Mr Iddrisu invoked the express power of Parliament to enquire and investigate under Article 103 of the 1992 Constitution.

He said the motion was to ask Parliament to investigate an agreement  that was signed between the private office of Sheikh Ahmed Al Maktoum and the Ministry of Health representing the Government of Ghana for the supply of 3.4 million Sputnik V vaccines at $19 a dose, excluding duties and taxes totaling GH¢64 million.

He therefore proposed for the House to constitute a nine-member Committee to go into the matter arguing that despite the explanation given by Government, there must be a thorough investigation into the matter.

He said the outcome of the probe would reveal whether proper procurement processes were adhered to or whether there was a breach of the 1992 Constitution in Article 181(5).

“Mr Speaker, we have the firm belief that the procurement of this vaccines falls within the remit and meaning of Article 181(5) of the Constitution.

“We are not aware that this matter has been brought to Parliament for scrutiny and for the House to exercise its oversight.

He cautioned against sidestepping the Constitution or the revised Procurement Act, Act 914 in government procurement.

Seconding the motion, Mr Akandoh, stated that since the outbreak of the COVID-19 pandemic, the country had relied on taxes, levies, loans, contributions and donations from individuals and companies.

He said per 2021 Budget of Government, Ghana had spent not less than GH¢19 billion on COVID; and out of the amount, the country had not built a single hospital, laboratory and even not able to pay the allowances of Frontline Health workers.

He therefore called MPs to play their oversight responsibility well to put the Government on its toes for resources to be put to judicious use.

Majority Leader Osei Kyei-Mensah-Bonsu, contributing to the motion, stated the importance for Parliament to exercise its oversight function which was at the heart of the motion.

Mr Kwaku Agyeman Manu, Minister of Health in a reaction to the Minority’s concerns, stated that he was happy that a committee was being setup to investigate the Sputnik V vaccine contract.

According to him, during the pandemic he was “leading a battle and at the warfront” and that his main pre-occupation was more of protecting the lives of Ghanaians.

He said for now he would not respond to all the issues raised by Minority Side but at the Committee level would give the appropriate responses to the various allegations over the contract.