July 7, 2021 Africa/International Comments Off on UN Women mobilizes $40b towards gender advocacy 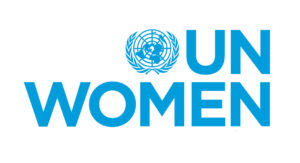 The Under-Secretary-General of the United Nations and UN Women Executive Director, Ms Phumzile Mlambo-Ngcuka, the movement has mobilized about $40 billion total.

Giving the breakdown, she said Member States and public institutions together committed to $21 billion; Private sector gave $13 billion; philanthropists supported with $4.5 billion; and the UN along with international and regional organizations contributed $1.3 billion.

Ms Mlambo-Ngcuka also acknowledged the contribution of civil society, youth, and adolescent girls who had demonstrated commitment and amazing passion and advocacy.

The UN Women Executive Director disclosed at the Closing Ceremony of the Generation Equality Forum Action Coalitions in Paris, France where Transformative Commitments for Gender Equality advocacy was launched.

“The funds raised have been put forward by the many commitment makers which will go to grassroots organizations in communities. They will go to Member States, who need to implement programmes that will address women and girls that are facing trouble.

“They will also go to the UN Agencies that have programmes that must be scaled up and taken to a much larger scale. The funds are not going to just UN Women because we do not have all the skills to implement what is needed,” Ms Mlambo-Ngcuka stated.

She said it was the whole UN family that was coming together and taking this Transformative Commitments for Gender Equality advocacy forward. It is civil society, it is private sector, the Member States, who will take it forward.

The advocacy is a commitment and investment by the Action Coalitions to mark the beginning of a five-year action journey to foster action and renew movements for gender equality and women’s rights.

According to the advocacy roadmap-$4 billion would be devoted to family planning over the next five years by the Bill and Melinda Gates Foundation; $420 million to the Action Coalitions on Gender-based Violence, Economic Justice, Tech and Innovation, Bodily Autonomy and Feminist Movements and Leadership by the Ford Foundation.

It said double core contributions to the United Nations Population Fund to support flexible funding for sexual and reproductive health services to survivors and USD one million to UN Women to engage men and boys in gender equality by the Government of Iceland.