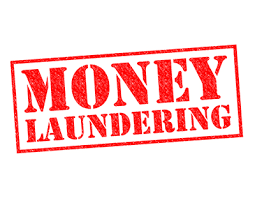 The Vatican is making progress in the fight against money laundering, according to financial transparency experts from the Council of Europe.

The auditors still found some shortcomings concerning the way the rules are observed, however.

According to the report, new laws and two commissions set up by the Vatican to monitor economic structures have improved the situation.
Overall, the auditors assessed the risk of money laundering at the Holy See as “medium-low.”

The authorities had realized that “giving and receiving bribes, and abuse of office,” among other things, were the major source of money laundering, the report said.

Previously, tax evasion was thought to be the main reason.

The Vatican welcomed the report’s results in a statement from Wednesday: “While noting the efficacy of the measures adopted by all the authorities involved in the fight against money laundering and the financing of terrorism, the Holy See renews its commitment to continue working towards full compliance with the best international parameters.”

The Moneyval Committee had conducted a two-week on-site audit in October, just as financial scandals such as loss-making real estate deals in London had brought the Vatican’s Secretariat of State into disrepute.

Pope Francis withdrew jurisdiction from the Holy See’s top authority at the end of 2020 and concentrated capital and real estate assets with the asset management company Apsa.

The Vatican is trying to improve its record on financial transparency after decades in which its bank, the Institute of Religious Works (IOR), was known as a haven for money laundering.