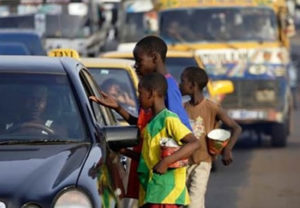 Polygamy has been identified as a major driving force to child neglect and delinquencies in Zongo communities in the country.

According to Muslim women leaders in the Bono East Region, divorce was now common in Zongo communities because of poverty, thereby, making it difficult to control and instil discipline in the Zongo youth.

The leaders who were 50 from Zongo communities in Nkoranza North, Pru West and Kintampo South Districts, as well as Techiman South and Nkoranza South Municipalities, raised the concerns at a dialogue session on early child marriage held in Techiman.

It was organised by the Bono, Bono East and Ahafo Regional Directorate of the Department of Gender, with support from the UNFPA, and aimed at educating the participants on the effects of child marriage and its legal implications.

During a group discussion and presentation, the Muslim women expressed concern about the alarming rate of teenage pregnancies, which were impeding girl-child education in the Zongo communities and called for realistic measures to bring the situation under control.

They explained that because Islam frowned on early sex education, many adolescent Muslim girls were ignorant of sexual reproductive health issues and could not protect themselves.

Mrs. Joycelyn Adii, the Bono, Bono East and Ahafo Regional Director of the Department of Women indicated teenage pregnancy remained a huge challenge in the Bono East Region, saying, the region recorded 5,738 cases in 2020, 5,750 cases in 2019 and 5,797 cases in 2018.

She said child marriages were another problem impeding girl-child education in the region and warned the practice remained a serious offence punishable by law.

Mrs. Adii called on the Muslim women leaders to lead the advocacy against child/early marriages and assist in tracing cases in communities so that perpetrators would be prosecuted accordingly to serve as a deterrent to like-minded others.

“This is why the Department found it appropriate to meet with Muslim women leaders to discuss issues on early/child marriages and its harmful practices”, she explained.

Sheikh Issaka Mohammed, Muslim Cleric and Lecturer at the University of Energy and Natural Resources highlighted some basic roles of the Muslim women leaders, and advised participants to also take the education of their girl-child seriously.

He explained that it was the duty of the Muslim women leaders to educate Muslim women and girls on Islamic teachings, marriages and gender-related issues.

Madam Comfort Kissiwaa, Assistant Programmes Officer at the Department of Gender, expressed the hope that the participants would collaborate with the department to identify and tackle challenges inimical to the development of women and girls in the region.