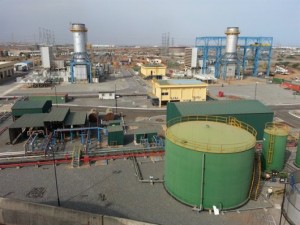 Gas production in Ghana experienced a significant rise in the year 2020 with a total production of 237,962.82 Million Standard Cubic Feet (MMSCF) of Associated Gas (AG) and Non-Associated Gas (NAG) according to the 2020 Public Interest and Accountability Committee (PIAC) Annual Report.

The increase in production was about 40 per cent over the 2019 volume of 169,508.61 MMSCF of raw gas produced from the Jubilee; Tweneboa, Enyenra, Ntomme (TEN); and the Sankofa Gye Nyame (SGN) oil Fields.

According to the 2020 PIAC Annual Report on the management and use of petroleum revenues, covering the period January to December, the significant rise is due to the commercialization of natural gas in the country.

“For the second consecutive time, the SGN Field produced the highest volume of combined AG and NAG with 114,825.74 MMSCF while the Jubilee and TEN Fields produced 64,462.41 MMSCF and 58,674.67 MMSCF respectively,” the report said.

It indicated that Jubilee gas production was relatively lower in the first two months of the year due to maintenance works on the gas pipelines. However, it there was an increase in gas production and stable production operations in the Field in the ensuing months.

“The TEN field gas production was relatively stable, with higher output towards the end of the third and last quarters of the year,” the report said addinf that “the production of gas from the SGN field recorded a significant increase of 64 per cent from 69,941.60 MMSCF in 2019 to 114,825.74 MMSCF in 2020.”

With regards to crude oil production, the report revealed that 2020 marked a reduction in annual oil production volumes after three years of consecutive production increases with production declining by 6.3 per cent from the 2019 volumes.

It said the relatively lower production volume in 2020, was due to reduced production on the Jubilee and TEN Fields.

There was a general decline in revenue, attributed to lower production volumes and unfavourable international crude oil prices, exacerbated by the COVID-19 pandemic, which generally brought uncertainties in the global upstream petroleum industry operations during the period.

It added that the Jubilee Field continued to contribute nearly half the total output, even though production reduced slightly by 4.7 per cent.

“The TEN Field’s production declined by 20 per cent from 22,319,137 barrels in 2019 to 17,802,536 barrels in 2020,” it disclosed and explained that it was due to the drilling and completion activities of the Nt09 production well and other maintenance activities, which led to a loss in production time.

This performance, the report observed, was attributable to stable production operations, resulting from the FPSO John Agyekum Kuffuor’s (JAK) improved plant uptime and the coming on stream of the OP-9 and OP-10 producer wells.

The highest monthly production volumes were recorded in January on both the TEN and SGN Fields, with May yielding the highest volume for the Jubilee Field, and said, the cumulative oil production from 2010 to 2020 now stands at a total output of 453,387,699 barrels.