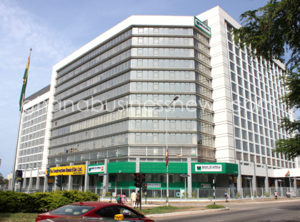 Ghana’s national inflation rate has seen a decline compared to the previous month. According to the Ghana Statistical Service (GSS), the year-on-year inflation rate was 8.5 per cent in April 2021, a 1.8 percentage point lower than the 10.3 per cent recorded in March.

Meanwhile, the month-on-month inflation between March and April 2021 was 1.5 per cent which is 0.6 percentage points higher than what was recorded in March.

According to the report, Housing, Water, Electricity, Gas was 25.0 per cent down from 29.0 per cent last month, recording the highest inflation while Transport (9.6 per cent) and Insurance and Financial Services (9.0 per cent) recorded inflation rates above the national average of 8.5 per cent.

Ten out of the 13 divisions on both year-on-year and month-on-month basis recorded higher inflation relative to the 12-month rolling average and the same period last year while the difference between locally produced items (8.7 per cent) and imported items (7.4 per cent) reduced further to 1.3 per cent.

Food contributed 33.8 per cent to overall inflation, the lowest since the rebase in 2018.

Although food recorded a month-on-month 2.3 per cent which is higher than last month (0.2 per cent), It is also an indication that food items are expensive today than last month.

The Government Statistician, Professor Samuel Annim said Food inflation was 6.5 per cent down from 10.8 per cent in March while non-food inflation inched up to 10.2 per cent from 10 per cent the previous month.

This rate of inflation for April 2021 has been attributed to the percentage change in the Consumer Price Index over the twelve-month period, from April 2020 to April 2021.

The Combined Consumer Price Index measures the change over time in the general price level of goods and services that households acquire for the purpose of consumption, with reference to the price level in 2018, the base year, which has an index of 100.