2 weeks ago Uncategorized Comments Off on Police officers, three others remanded over secret burial of farmer

Three Police officers were on Tuesday, remanded into prison custody by the Sunyani Circuit Court in connection with the death of a 48-year-old farmer at Seikwa in the Tain District of the Bono Region.

The incident which happened between April 16 and 17 this year, of which the Police administration has since interdicted the officers.

They would re-appear till May 11.

Prosecuting, Police Superintendent Joseph Apaloo told the court the body had since been exhumed, and an autopsy report indicates that the deceased died from chest injury and blunt trauma to the chest.

According to him, an autopsy was conducted by Dr Ernest K. Adjei, a senior Specialist pathologist at the Kumasi Komfo Anokye Teaching Hospital on Sunday, April 26, and concluded further ‘the manner of death is unnatural’.

Giving the facts of the case, Supt Apaloo said, the deceased was a farmer, resident at Seikwa and on April 16, around 1800 hours he (deceased) was arrested by the two security guards for causing damages to the rear windscreen of a Toyota Highlander Vehicle, with registration number AS 2000 X, belonging to the bank manager.

He said the deceased allegedly resisted arrest and in the process the security guards and the bank manager subjected him to severe beatings and managed to hand him over to the police officers at the Seikwa Police station.

Supt Apaloo told the court the two police officers allegedly manhandled and handcuffed the deceased to a metal bar of the window behind the Police counter at the Charge Office.

He said the deceased reportedly started behaving violently, and in the process the handcuffs was removed from his hand, but the noise attracted the station officer who lives in the barracks nearby.

Supt Apaloo said the station officer ordered the officers to rather handcuff the deceased to a pillar at the premises of the Police station, where he was allowed to remain there overnight, and that the deceased was allegedly beaten again by the Officers.

The Prosecution said on Saturday April 17, the Officer release the deceased had defecated on himself and littered the premises of the station with human excreta so the station officer instructed the officers to release him (deceased) to clean the place.

He said however that on that same day at around 1210 hours, the deceased collapsed and he was rushed to the Seikwa Health Center for treatment, but was pronounced clinically dead on arrival by staff on duty.

Mr Apaloo said the officers took the body and buried it at the Seikwa public cemetery on the grounds that the deceased was a pauper and his relatives were not immediately known.

Supt Apaloo said realising that that they had breached procedures, and sensing danger the Police officers later exhumed and deposited the body at the Best Care mortuary at Mantukwa on the Berekum-Sunyani highway.

The case was transferred to the Regional Criminal Investigations Department in Sunyani on April 21, and the suspects were arrested accordingly. 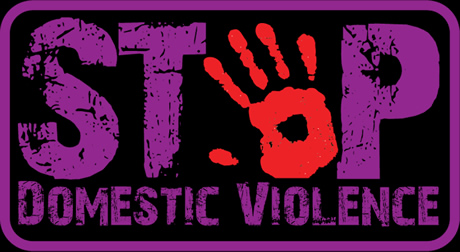 Doctor warns against the use of formalin as food preservative