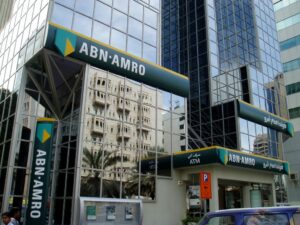 The director of the Danish financial institution Danske Bank, Chris Vogelzang, has resigned, the bank’s board of directors announced in a stock exchange release on Monday.

The background to the resignation is money-laundering investigations against his former employer, the Dutch bank ABN Amro. Vogelzang had been named as a suspect, the release said.

“I am very surprised by the decision by the Dutch authorities,” Vogelzang said.

“I left ABN AMRO more than four years ago and am comfortable with the fact that I managed my management responsibilities with integrity and dedication.

“My status as a suspect does not imply that I will be charged.

“However, given the special situation Danske Bank is in and the intense scrutiny the bank is under, particularly in relation to anti-money laundering as a consequence of the still unresolved Estonia matter, I do not want speculations about my person to get in the way of the continued development of Danske Bank.

Danske Bank had hit the headlines a few years ago because of an extensive money-laundering scandal at the bank’s Estonian branch. The case led to resignations and police investigations in several countries.

Danske Bank has announced that Carsten Egeriis would take over as administrative director.