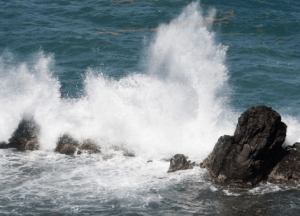 Environmentalists have expressed serious concerns about the rate of shoreline erosion in the Central Region due to increasing human activities along the beachfront.

According to them, the region loses about four metres of its shoreline annually due to unregulated sand winning and warned of dire socio-economic and environmental consequences if stringent measures were not adopted forthwith to redress what they described as “looming disaster.”

Additionally, they indicated that comparing satellite images from 2014 and photographic maps from 2005, researchers have observed that 37 per cent of the 550km long coastal land had been lost to erosion and flooding between 2005 and 2017.

The Environmentalists gave the caution at an open forum during the maiden meeting of heads of decentralized departments in the Central Region with Mrs Justina Marigold Assan, the Regional Minister.

The forum afforded the Minister to sell her vision and also officially introduce herself to the heads of Ministries, Departments and Agencies in the region for their support.

Mr Frank Martey Korli, Central Regional Director of  Land Use and Spatial Planning Authority (LUSPA), described the pronounced beach erosion particularly in Cape Coast, Elmina and some coastal communities as a dent in the national quest to protect beach resources.

Currently, he said the situation has worsened,  with the shoreline retreating several metres inland in some places due to heavy waves and human-induced erosion.

It had also affected the nesting sites of endangered marine habitats and landing sites used by traditional fishermen and noted that “the collapse of the once-thriving small-scale coconut industry at the beachfront shows the effect of erosion on coastal vegetation.”

He blamed the development on beachfront on some politicians who have no regard for the effects of global warming,  building regulations or legal and environmental ramifications of their actions and called for the political will to tackle the issue once and for all.

“Our health will improve when spatial planning is well done. So I am pleading that as a matter of urgency we should get the plan,” he implored.

Mr Shine Fiagome, Central Regional Director of the Environmental Protection Agency (EPA) who expressed similar sentiments added that the EPA in addition to public education had mounted sand winning prohibition signs along the coast to ward off such social miscreants but to no avail.

Nonetheless, he assured that the Agency was working with the Police, Minerals Commission (MC) and the Coastal Development Authority (CoDA) among others to clamp down on the nefarious activities of illegal sand winners particularly at the beaches.

Other concerned people expressed disapproval of the situation but indicated that coastal communities worldwide had become vulnerable to a wide range of potential hazards – shoreline erosion, coastal inundation and coastal resource degradation.

However, they affirmed that in Ghana, many of the problems were exacerbated by climate change and rapid urbanization, and the concomitant anthropogenic beach changes which influence other coastal processes.