April 4, 2021 Feature Articles Comments Off on The Upper East and North East rice valleys: The hub of Ghana’s food basket

Despite the huge agricultural potentials of Ghana, there has never been a year without the country facing food and nutritional insecurity problems.

In fact, research has shown that Ghanaians consume rice more than any other staple food. However, the local production does not correspondent with the consumption rate, leading to high importation of rice into the country and increase of prices of rice on the Ghanaian market.

Meanwhile Ghana has been blessed with vast rice valleys in the Upper East and North East Regions, which could be the hub of rice production in Ghana and West Africa, if the areas had been developed for commercial farming. However, that has so far not been given much attention.

Data from the Ministry for Food and Agriculture (MoFA) for instance revealed that, in 2017, the country’s consumption rate of rice was about 1.3 million tonnes, however, Ghana produced only about 721,610 tonnes of rice, creating a deficit of about 580,300 tonnes.

Statistics available at the Ministry of Trade and Industry indicates that Ghana spends more than $1billion each year to import rice and in 2017, an amount of $1.1billion was spent on only rice importation.

According to the Ministry of Finance, in 2018, food imports cost the nation an average of US$2.4billion annually for domestic and industrial consumption.

The situation has overtime created economic distress and with the emergence of the coronavirus disease, which affected agriculture production and its consequence on food security across the country, the need to promote local production of food especially rice needs to be given priority on the Agriculture agenda.

A visit by the Ghana News Agency to the Bolgatanga Central Market revealed within the last quarter of 2020 to ascertain the prices of foodstuff showed that there was a steady increase despite it being the agriculture harvest period. This has progressed into the first quarter of 2021.

The question is why should Ghana import food, particularly rice when it has the potential to produce it in large quantities in the Upper East and North East Rice Valleys, popularly known by many as “Fumbisi Rice Valleys”.

The name Fumbisi Valleys has been on the lips of many including Dr Owusu Afriyie Akoto, the Minister of Food and Agriculture, who did a research at the area during his studies at the University of Ghana. However, it must be noted that Fumbisi is in the Builsa South District of the Upper East Region and does not include vast lands at North East Region.

Checks by the Ghana News Agency revealed that the North East Region has more lands than the Upper East Region for rice cultivation and several hectares have not been developed.

In the Builsa South District, the valleys include Weise, Gbedembilisi and Fumbisi among others, altogether making up to about 7,000 hectares of rice valleys, however, only 500 hectares have been developed by government.

Dr Owusu Afriyie Akoto, the Minister of Food and Agriculture, accompanying the President to the Region, disclosed that out of the potential 5,000 hectares for development, only 900 hectares of the rice sector has been put into use and added that there was additional 5,000 hectares that could have been developed.

In the North East Region, the valleys are Soe, Yagaba, Kobore, Mankarigo and many other smaller communities and the estimated valleys people farm on is 10,000 hectares. That is what people have been able to use their manpower to develop and are farming but there is still over 10,000 hectares that has the potential to be developed.

Solution to food and nutritional insecurity

Developing the valleys would not only make lands available for farmers to increase production and ensure food security particularly in the area of rice, but it would also significantly contribute to national development and the attainment of the Sustainable Development Goals (SDGs).

President Akufo-Addo in one of his visits to the Upper East Region remarked that agriculture researchers have advocated that these valleys have huge potentials to meet all the rice needs of the nation and even become the hub of rice production in the whole of West Africa.

“There can be no better place than Fumbisi to have an agricultural college that has the potential to develop the rice basket not just in Ghana but West Africa. And I want to assure you, I am going to do everything within my power with the Ministry of Education, and the Ministry of Food and Agriculture to make sure an Agricultural College is developed here in Fumbisi,” he said.

Apart from the food and nutritional benefits the valleys could bring to the country leading to the achievement of the SDGs especially goal two, which talks about ending hunger in all its forms, it has the potential to create employment for the youth.

Farming is a value chain activity from the production until you harvest and along the chain as there are different actors who actually earn a living there, people who operate tractors and other farm machineries, can be gainfully engaged to provide services in the production chain.

Apart from creating an avenue for the youth in the area to have access to fertile lands to engage in agriculture activity, it would also create market opportunity for agro inputs dealers such as seeds, fertilizers and weedicides among others, thereby reducing the unemployment rate in the country and the rural urban migration among young people.

Health experts have also argued that the local rice is healthier than the imported ones from Thailand and other countries and attributed the rise in cancer cases to over-reliance on over processed food.

The emergence of the COVID-19 pandemic, which has weakened every economy including Ghana, has reinforced the need to seriously invest in developing the valleys in the two Regions.

For instance, when President Akufo-Addo announced the partial lockdown in some areas of Accra, Tema, Kumasi and Kasoa, for about three weeks, food prices went up and the government had to spend about GH¢54.3 million on food in order to cater for the vulnerable.

Furthermore, according to the Food and Agriculture Organization of the United Nations 2020 new report on the state of food security and nutrition in the world, the COVID-19 pandemic could push up to 132 million people into hunger by the end of 2020.

To quote excerpts from the report, “as progress in fighting hunger stalls, the COVID-19 pandemic is intensifying the vulnerabilities and inadequacies of global food systems. While it is too late to assess the full impact of the lockdowns and other containment measures, at least another 83 million people and possibly as many as 132 million may go hungry in 2020.”

The COVID-19 is still with us and this clearly calls for local production of food especially rice, investing in the development of the rice valleys in Upper East Region and North East Region and supporting farmers to sustainably increase and improve production.

Mr Charles Kwowe Nyaaba, the Head of Programmes and Advocacy, Peasant Farmers Association of Ghana (PFAG), in an interview, said smallholder farmers were mostly engaged in the farming activities in the area and did not have the resources to develop the area.

“Only rich farmers can afford graders to develop their farms but the smallholder farmers who are the majority cannot afford that and that is a major constraint.

“I think we can address the issue of rice shortages in Ghana if we invest more in those areas, to ensure the valleys are properly developed, create good feeder roads linking the valleys, try to support farmers with mechanization equipment that will help them to be planting, harvesting and storing. This, combined with ready markets, will attract many people to the place.”

In the midst of the COVID-19 pandemic and Ghana’s quest to achieving the Ghana Beyond Aid Agenda, the SDGs and African Agenda 2063, it will be befitting for Ghana to strategically invest in developing the neglected valleys in the Upper East and North East Regions and create an agriculture hub, establish the agriculture college as promised, so as to take advantage of the African Continental Free Trade Area (AfCFTA). This will help attain food and nutritional security.

This could be done through the provision of tractors, planters, combine harvesters, construction of dams and creating market for the farm produce by insisting and backing it by law to ensure that the Ghana Buffer Stock Company buys local rice for its clients, particularly the School Feeding Programme, all state institutions and the hospitality industry. 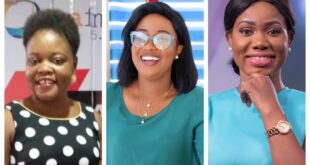