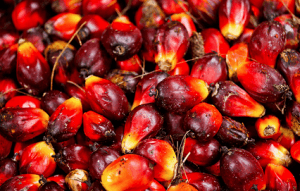 A research conducted by the University of Ghana Institute of Statistical, Social and Economic Research (ISSER), has indicated that Oil Palm has a huge economic potential that can significantly alleviate rural poverty.

According to the research, the Oil Palm sector does not only provide livelihoods to farmers but also many others along the value chain which include, operators, transporters, seed distributors, and agro-inputs sellers.

The sector also employs between 1,000 and 3,000 contractors predominantly during harvesting.

This came to light during an Agricultural Policy Research in Africa (APRA) Project, a dissemination workshop organized by the University of Ghana Institute of Statistical, Social and Economic Research (ISSER).

The workshop brought together key stakeholders, such as researchers, Regional and District Directors of Agriculture, Opinion leaders, Agricultural organizations, farmers, and farmer association in the Western Region.

The workshop was to discuss a research project undertaken by a team of researchers from the University of Ghana to analyze the impact and outcomes of pathways to agricultural commercialisation on rural poverty, empowerment of women and girls, food and nutrition security in Ghana and across six other Sub- Saharan African countries.

Specifically, the research explored farmers engaged in oil palm commercialization arrangements, analysed the poverty implications of participants in the arrangements, and how these outcomes differed across different groups.

Dr Kofi Takyi Asante, Research Fellow at ISSER, who took the participants through the research findings, indicated that oil palm was selected for the research because it was considered a national priority crop because of its potentials for reducing poverty, its wide geographical coverage, and its use as both food and cash crop.

He pointed out that currently, the oil palm was the second most important out of 10 industrial crops, adding that between 2007-2019 oil palm grew from 680.781 metric tonnes to 1.896.760 metric tonnes creating about two million jobs across the value chain.

The Research Fellow said in all 20 Communities in Mpohor and Ahanta West were selected of which 726 farming households were interviewed.

On Findings in oil palm commercialization, he explained that 27 percent of farmers had direct sales to oil palm companies, 33 percent sold their products through agents, 29 percent independently sold on the local market while 11 percent processed it into palm oil, alcohol, and soap.

On livelihood outcomes, the research showed that farmers who sold their produce directly to the OPCs earned more and were happier, while those who sold through agents or sold independently on local markets were less happy.

The research revealed that there was a huge potential for enhancing the sector’s productivity, smallholder performance, and welfare access to financial and resources as well as the ability to deal directly with OPCs or independently process produce.

APRA is a five-year research programme that seeks to among other things impact rural poverty, empowerment of women and girls, food and nutrition security in sub-Sahara African.