The Ghana Statistical Service (GSS), in consultation with the Office of the President, has endorsed Sunday, June 27, this year, as the Census Night.

The date has also been approved by the National Census Steering Committee.

The 2021 Population and Housing Census (PHC), with the slogan, “You Count, Get Counted” will provide the opportunity for the country to gather credible and comprehensive data on the citizenry towards transforming the economy for sustainable development.

The Census Night will be the reference point for all information to be collected on the population and mark the beginning of the enumeration phase of the 2021 Census exercise.

The GSS is the lead Agency for the conduct of the Census and has divided the country into 51,921 enumeration areas to ensure easy collection of geo-spatial data across the 260 metropolitan, municipal and district assemblies.

Vice President Mahamudu Bawumia, who launched the 100 days countdown to the Census Night, in Accra, on Friday, said government was determined to building a digital data-based society to transform the national economy.

He said quality data collection was at the heart of good policy formulation and, therefore, Ghana would not be left behind in the global digital revolution.

The Vice President emphasised that credible and comprehensive data on the population would inform government’s decision in allocating resources, distribution of education and health infrastructure, as well as ensuring appropriate social expenditure.

The Vice President expressed government’s commitment to providing adequate resources to the GSS for the conduct of the Census, saying that out of the budget of GH¢521.3 million, it had mobilised and disbursed GH¢449.7 million to the Service.

“We’re at the cusp of a technology revolution. Countries are constantly rolling out new technology applications to improve daily lives, improve public administration, how government works, and how government delivers services to the public.

“Ghana cannot be left behind in this march of technology innovation,” the Vice President stated.

In that regard, he said, the Akufo-Addo-led government over the past four years, implemented digital-based policies and programmes including the Digital and Property Addressing System, Ghana Card registration, Interoperability and Payment System and Ghana Digital Portal to speed up the country’s digital revolution agenda.

The conduct of the Census, he said, was required by Clause 34 of the Ghana Statistical Service Act, (Act 1003), which would ensure the collection of digital data on both Ghanaians and foreigners, as well as movable and non-movable structures.

About 70,000 computer tablets would be deployed for the country’s first digital Census data collection exercise and 75,000 field officers across the country.

Professor Samuel Kobina Annim, the Government Statistician and Chief Census Officer, noted that with the securing of logistics and systems, it was ready to commence the 2021 Population and Housing Census on Sunday June 27, as announced.

He made a presentation on the status of the GSS’ preparations towards the Census, saying that the launch of the 100 days to Census Night would see the Service spearheading a nationwide publicity, education and advocacy activities aimed at mobilising resources, sensitisation of stakeholders and develop strategic partnerships towards a successful exercise.

The National Census should have taken place in 2020 but the Coronavirus pandemic delayed the process.

This year’s Census would be the sixth conducted in Ghana since the post-independence era. 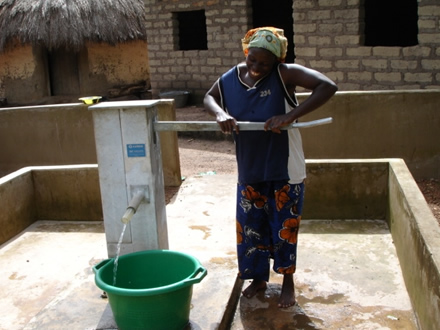 A report by Global Water Partnership, an international Organisation with a focus on water resources …