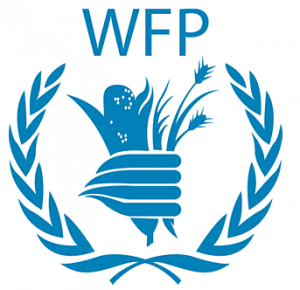 Smallholder farmers and households in selected rural communities in the country are to receive COVID-19 relief support worth $1.5 million from the government and the World Food Programme (WFP).

The project is expected to be implemented in 18 months and will benefit 50,000 persons directly in 25,000 households, with five per cent being Persons Living with Disabilities (PWDs).

The rest are Bawku-West, Binduri, and Garu-Tempane districts in the Upper East Region, and Lambuissie-Karni, Wa East and Wa West districts in Upper West Region.

The support is through the Emergency Support to Rural Livelihoods and Food Systems Exposed to COVID-19 (ESRF), a COVID-19 related intervention targeted at rural livelihoods and farmers in rural communities.

Mr Robert Patrick Ankobiah, the Acting Chief Director of the Ministry of Food and Agriculture, in a press briefing, said the main objective of the project was to support beneficiaries in income sustainability in the pandemic and train them in climate change adaptation.

He said that had become necessary because smallholder farmers constituted more than 90 per cent of the country’s farmer population, and needed to be financially supported to provide the food and nutritional needs of the nation in the wake of the pandemic.

“The threat to food security by COVID-19 is real and should be tackled head-on, and in recognition of this, government through the Ministry of Food and Agriculture has been in consultations with development partners and stakeholders to support the country’s agriculture,” Mr Ankobiah said.

He said the project would extend support in the form of cash transfers to 5000 extremely vulnerable households including PWDs for a period of three to four months.

“The total amount to be received by each beneficiary after deduction of expenses is 288 dollars at an exchange rate of GH¢5.7, which translates to GH¢1.641.60 per beneficiary,” he added.

He said all persons with disability in the districts were selected as well as all female-headed households in the category.

Madam Rukia Yacoub, WFP Country Director, said they had contributed $300,000 to the programme.

She said the programme sought to connect smallholder farmers, agro-processors and other food and agriculture value chain actors, including women and youth to organised value chains, structured markets and financial services through e-commerce.