European Commissioner: EU vaccine passport to be ready by June 1

4 weeks ago Africa/International Comments Off on European Commissioner: EU vaccine passport to be ready by June 1 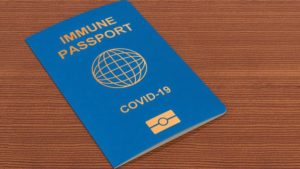 To open up EU countries to travel amid the coronavirus pandemic, the European Commission is expected to present a proposal for a vaccine certificate on Wednesday.

With such proof of vaccination, or “digital green certificate” as the commission calls it, a person vaccinated in one member state would be recognized as immunized also in another. This could facilitate travel – also for tourism purposes – between the countries.

“The certificate should be ready for use by the beginning of summer,” he said. “And summer begins on June 1.”

While the commission insists that the document would be a vaccine certificate and not a vaccine passport, its aim is nonetheless to facilitate travel between EU countries and potentially beyond.

The certificate would indicate whether a person has tested negative for the virus, recently overcome a Covid-19 infection and built up antibodies, or been vaccinated.

It is still unclear when and if the vaccine passport could actually be used by the general population, however. The EU countries and European Parliament still have to agree to the plans.

Some countries have previously voiced their concerns over such plans. Belgian Foreign Affairs Minister Sophie Wilmes, for example, said her country would not link people’s vaccine status to freedom of movement to other EU countries, citing discrimination concerns as the majority of citizens have not received the jab yet.