Home / General News / Conflicts cause of poverty in Northern Ghana

Conflicts cause of poverty in Northern Ghana

March 14, 2021 General News Comments Off on Conflicts cause of poverty in Northern Ghana 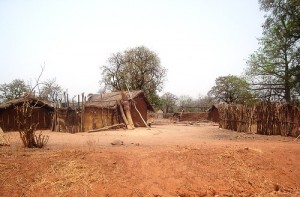 Conflicts are a cause of high poverty levels among the people of Northern Ghana, a survey has shown.

These conflicts are due to disputes over land, political and traditional leadership and competition for natural resources.

Madam Mohammed was addressing stakeholders in Tamale at a Regional dialogue under the Conflict, Security and Stability Fund (CSSF) project on the drivers of conflict and security in Northern Ghana.

The two-month pilot project being implemented in the five regions is to address the underlying causes of conflict, insecurity and underdevelopment in Northern Ghana.

The meeting was to develop a Roadmap for coordinated advocacy on peace, security and stability by state and non-state actors.

Madam Mohammed said most of the conflicts were caused by vigilante groups from political parties and traditional leaders to serve their interest.

Madam Mohammed urged the stakeholders to adopt measures to protect the rights and interests of communities to ensure they benefitted from the extraction of natural resources for their development.

He said unemployment was forcing the youth to join political vigilante groups with the false hope of moving up the social ladder.

He said unemployment was on the rise, and if not checked properly could result in the youth being radicalized and recruited into terrorists’ groups, which can affect the security of the Northern sector.

He said the partners were to hold processes for the development of a Roadmap and subsequent engagement with the government, traditional authorities and stakeholders for implementation.

He said the project had so far strengthened mechanisms of coordinated stakeholder actions around peace, security and stability in Northern Ghana.