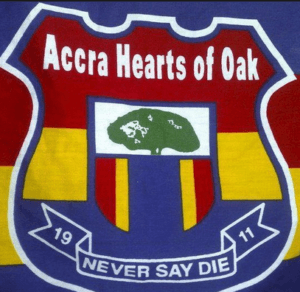 Hearts has already bagged $100,000 upon signing the deal which is subject to renewal.

The terms of payments included in the deal would see 25 per cent of the amount paid in the second installment while the 25 per cent would be made by Sunon Asogli Power Limited in the final installment.

Sunon Asogli Power Limited has become the latest company to associate with Hearts of Oak brand with others being Star Assurance, Umbro, Adonko Next Level Energy Drink, among others.

Meanwhile, Hearts on the field are currently on a five-match unbeaten run and are placed third on the 2020/21 Ghana Premier League table.