Female students urged to rise above stereotyping to reach the top

March 9, 2021 General News Comments Off on Female students urged to rise above stereotyping to reach the top 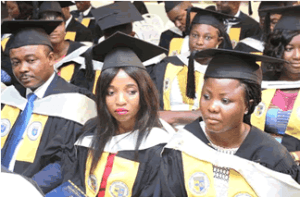 Women and girls have been urged not to devalue themselves by internalizing negative comments aimed at crippling them and preventing them from reaching their full potential.

According to an obstetrician gynecologist, when women and girls begin to accept words portraying them as witches, not brainy and not good at mathematics, it has the potential of making them look down on themselves.

Dr. James Clayman of the St John’s Hospital and Fertility Centre at Tantra Hills in Accra gave the advice when he addressed a group of students at a forum to commemorate this year’s International Women’s Day (IWD).

The day celebrates the social, economic, cultural, and political achievements of women and brings to the fore challenges they face, while calling for action to accelerate gender parity.

This year’s theme was on, “Women in leadership: Achieving an equal future in a COVID-19 world”.

The forum was held for students of the Accra Girls’ Senior High School. Women, Media and Change (WOMEC) organised it in collaboration with Eco Towel under a sub-theme “amplifying the voices of girls for change.”

Dr. Clayman, who spoke on the topic, “knowing your worth as a lady,” noted the leadership role played by women in developing countries such as Rwanda.

He challenged the students to see themselves as capable of reaching great heights with equal chances of excelling as their male counterpart.

He urged them not to see marriage as what would being them glory but rather they should work at improving on themselves so as to take advantage of all the great opportunities waiting for them, once they add value to themselves.

He took time to tell them about the dangers of engaging in pre-marital sex and the implications for contracting sexually transmitted diseases and the complications associated with it.

Speaking at the event, Dr. Charity Binka, Executive Director of WOMEC, said women, had over the years, contributed significantly to developments in every area of society, yet they are made to take the back seat in society.

She said WOMEC is committed to using the media to give visibility to women and girls to get their voices heard in the public domain.

She mentioned the roles played by past and present women leaders such Angela Merkel of Germany and Ellen Johnson Sirleaf of Liberia and urged the students to aspire to become leaders who can take on the world and deliver credible leadership to the world.

Mrs. Georgina Quaitoo, Deputy News Editor of Spectator, in a motivational speech, shared her experiences of rubbing shoulders with her male counterparts to rise to the top.

She advised the students not to be intimidated but rather put in effort to reach the top in all spheres of life.

Mr. Prince Agortey, Assistant Headmaster of the school, touched on the need to collaborate with organisations such as WOMEC to empower women to give off their best.

Ms. Florence Ofori, Project Lead of Eco Towel, used the occasion to take the students through some hygiene and to distribute free sanitary towels to them.