Ghana is one of the top 10 producers of gold in the world. But Illegal mining, “galamsey” activities go on across the length and breadth of the country, including the Ashanti Region, leaving in their trail destruction, pollution and a bleak future for host communities. The Manso enclave is one such example.

Paradoxically, the Manso enclave in the Ashanti Region of Ghana is arguably the second most mined enclave after Obuasi, all in the Ashanti region. All the streams that flow into the two major rivers in the Manso enclave; the Offin River and the Oda River, are gold bearing streams and because of that, their valleys are also full of gold, yet, it is a bad example of a community from where gold is mined – the enclave is deprived of any appreciable amount of what can be called infrastructure. There is little hope of that, and any expectation is non-existence.

There are declining expectations of employment opportunities for the young men and women in the town, provision of good roads with road signs and markings, hospitals, schools and community centers and other livelihood opportunities.

Sadly, in spite of the billions of wealth generated from mining activities in Manso, host communities still persist in abject poverty, seen in deteriorated living standards and inadequate housing and road infrastructure. Manso Abudia, Manso Takorase, Manso Nkran amongst other towns in the Manso enclave are among some of the poorest towns in the Ashanti region. These areas can’t boast of a single natural water body fit for human use.

Manso, once a food basket of the region is now facing food insecurity in the near future. Large acres of cocoa farms have been destroyed to make way for illegal mining. These large tracts of land and other farms are normally sold for throw-way prices because the traditional leaders and the operators will mine whether they are opposed or not.

The evidence of Okada-related deaths is another sad page in the lives of the people of Manso. Not a single day goes by without an Okada accident. Many have been maimed and buried because of the reckless driving of the riders, aided by the deplorable state of roads.

The teenage girls in Manso are getting pregnant at tender ages. In 2014, 3,000 teenage pregnancies and 619 abortions were recorded.

Manso Adubia has a single small-size electricity transformer that powers the Adubia township, adjourning communities and the Mansoman Senior High School. Residents say not a single week passes by without the transformer flickering with sparks. Pregnant women and people in need of medical emergencies have to travel several kilometers on these rough roads behind motorbikes or in “aboboyaa” to seek medical care.

Going forward, the mining company doing the macro mining should do more. It is not fair for a mining company to give $2 as cooperate social responsibility off an ounce of gold, selling at $1,900. We need to review these pitiful deals as a country. We cannot keep to the same script after 64 years of self-rule. For is it the resentment towards such deals by the local people that sometimes occasion them to unleash their anger on these mining companies through encroachments of concessions and illegal mining. They cannot lose the lands of their forebears that bear wealth and live in poverty. It’s a matter of livelihood and survival.

Government as a matter of urgency must focus on rural and local community development drive, by re-directing foreign direct investment, to remedy the deprivation situation in the countryside because the country is losing its vegetation and water bodies.

We need to stop the Accra-hyperfocus and begin to spread the tentacles of development to other parts of the country, especially the hinterlands.

If we sit in Accra and pretend to be fighting illegal mining, the turbidity, visibility and forest shape will expose us.

We need to flip the script and change this.

Facebook Twitter WhatsApp LinkedIn
2021-03-07
emmakd
Previous He was Minister when Ghana rosewood was logged and exported to China, now appointed Ambassador to that country
Next EPA to close-down environmental safety non-compliance companies 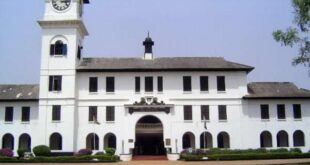 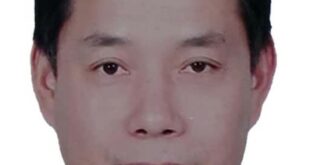