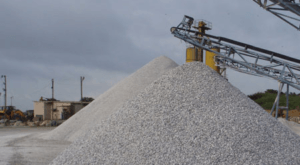 The Shama District Assembly is to set up a quarry development fund to enable the Assembly and affected communities have some good benefits from its extraction.

The District, which has more than 10 quarry factories exploiting the granite resources was also yet to regularize most of the activities of these explorers.

The fund, would therefore help to do more in terms of social amenities for affected communities and improve upon operational efficiency and relationship with communities.

At the first inception meeting with Assembly members, chiefs and the Assembly to introduce the new intervention, Mr. Richard Blevi, the Coordinating Director stressed the need to well manage all the natural resources in the area for the needed benefits.

He said the Assembly had already paid a learning visit to Affigye-Kwabre in the Ashanti Region to learn from their sister Assembly on how well the Assembly had managed the resources for their welfare.

The Director said the Assembly would model their fund scheme after that of the District to make quarries one major sources of revenue for the Assembly.

Currently, the quarries contributed 8.8 percent of the assembly’s IGF, and authorities believe, more could be done in that regard.

Nana Efua Ewur, of the Friends of the Nation, promised the NGO’s support in providing the technical and other resources needed to help actualize the project.

Mr Joseph Amoah, the District Chief Executive of Shama solicited for the support of all to make the project worthwhile.