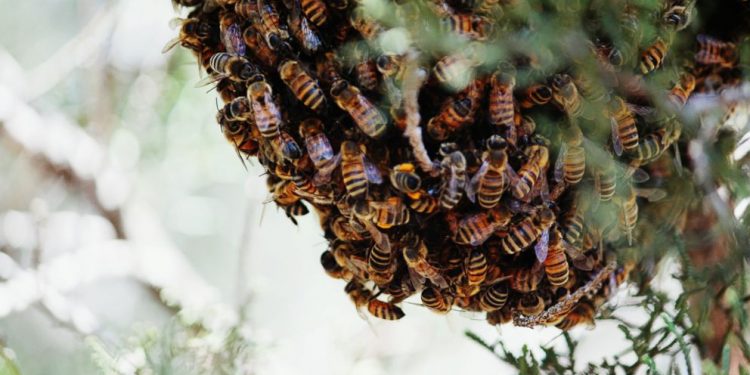 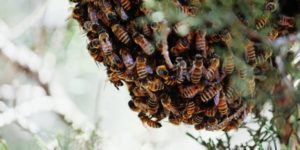 A-large swarm of bees in the early hours of Sunday, February 8, attacked some residents of New-Town, a suburb of the Assin-Fosu Municipality of the Central Region.

The swarm of bees had built their hive in the tower of a Mosque in the area and were provoked when some children hurled stones into their colony.

In all, six persons including a two-year-old baby, a pastor, and some residents who were injured were rushed to the Assin Fosu St. Francis Xavier hospital for medical attention.

An eyewitness told the Ghana News Agency that some personnel of the Ghana National Fire Service (GNFS) and newsmen who rushed to the scene later were not spared by the bees.

According to him, the priest who pastors at the Church of Christ, was on his way to church when he unknowingly drove into the bees and received severe stings from the insects.

He fell unconscious and crushed his car into a parked taxi nearby whose driver was also escaping from the bees.