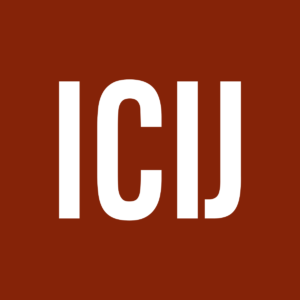 Our partners, the Washington DC based not-for-profit journalism organization, the International Consortium of Investigative Journalists (ICIJ) has been nominated for the 2021 Nobel Peace Prize. Three Norwegian lawmakers nominated the ICIJ and the Global Alliance for Tax Justice for a Nobel Peace Prize, citing the organizations’ “success in building global alliances” to increase transparency in the global financial system.

ICIJ works closely with global media partners to report on corruption and other abuses of power – Ghana Business News is one of these partners and our Managing Editor is a member of ICIJ.

As media partners of the ICIJ, Ghana Business News was part of ICIJ’s first ever and largest journalism collaboration project in West Africa known as West Africa Leaks published in 2018 and FINCen Files in 2020.

The nomination recognizes nearly a decade of ICIJ investigations that have revealed widespread abuses of offshore havens by oligarchs, political elites and criminal groups, and the role that global banks and other Western institutions play in enabling money laundering and tax dodging.

According to the three Norwegian lawmakers, the ICIJ did an “outstanding work to expose illicit flows, and the mammoth achievement of the GATJ to build national and international pressure for accountability and fair taxation warrants attention, recognition and support”. The letter further stated that “they are, independently and by different means, trailblazers in creating a world where financial incentives for conflict, wars, human rights abuses and violence are non-existent. These courageous journalists and civil society organizations play a critical role in documenting corruption and Illicit flows, often while putting their lives in peril in the process.”

These include FinCEN Files, which was published in September 2020 with BuzzFeed News and other media partners in more than 80 countries including Ghana, and Panama Papers, ICIJ’s 2016 Pulitzer Prize-winning investigation, which sparked new laws and criminal investigations around the world.

The Nobel Peace Prize is arguably the most prestigious award in the world. Winners are chosen each year by a committee selected by the Norwegian parliament. Past winners have included pro-democracy advocates, organizations that fight disease and hunger and political leaders who have brokered peace agreements.

Each year the Norwegian Nobel Committee weighs hundreds of nominations, which were traditionally kept secret, but are now often sent to the press.

Norwegian media partner Aftenposten shared the ICIJ and Global Alliance for Tax Justice Letter with ICIJ. Nominations can come from many different people, but most winners in recent years were nominated by members of the Norwegian parliament, Reuters reports.

The letter says “the first step towards stopping that which is hidden, is to shine a light on it. As a network of journalists the ICIJ has through unique and demanding investigative journalism exposed the unfathomable extent of hidden financial activity”.

The Global Alliance for Tax Justice is an umbrella group representing hundreds of organizations that advocate for greater transparency in the global financial system and fight tax avoidance, which, the group says, “distorts economies, undermines democracy and deprives people of the vital public services we need to live.”

The signatories of the ICIJ-GATJ nomination include members of parliament from three prominent parties. Kari Kaski, of the Socialist Left Party, is an influential name in Norwegian politics, and is a long-time critic of the offshore secrecy industry. Marrianne Marthinsen is a member of the Labor Party, the major party on the left wing, and has written a book about tax evasion. Tore Storehaug is a member of the Christian Democratic Party, part of the center-right governing cabinet.

Parliament not consulted on Council of State appointments – Speaker

African Ministers of Finance to meet and discuss industrialization, diversification and COVID-19