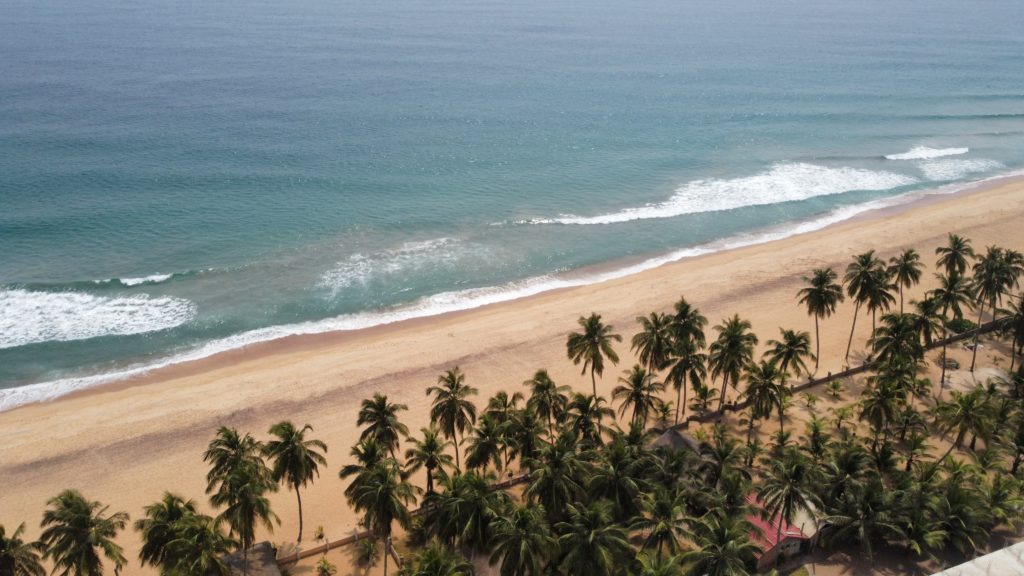 The Volta region is fast becoming Ghana’s tourism hub aside the Central region.

The region has over 20 tourist attractions and hospitality places for leisure.

If the region is partitioned into three – Southern, Central and Northern, one can conveniently choose a place to visit depending on interest.

From Sogakope through Anloga, and Keta all the way to Ghana’s eastern border with Togo, Aflao, one can find a perfect sandy beach and hotels dotted along the coast. The Fort Prinzenstein and Lighthouse in Keta and Woe respectively are part of the monuments of interest. A boat ride on the Keta lagoon is another ecstatic experience to explore. 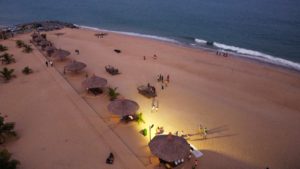 Central Tongu, North Tongu through Ho to Ho West form the central zone of the region. The topography of the regional capital with most of the hotels located on top of the hills gives a perfect night view of the Ho township. Volta Serene, Hotel Stephens, SkyPlus hotels are but a few of the classic hotels available. There are places to hike, especially on the Adaklu mountain and crocodile pond at Ave Dakpa.

Climbing the Vane mountain is the beginning of a northern journey. Most of all the adventurous moments and fun time can be experienced in this part of the region.

Here are the top ten tourist sites in the region

It is the highest waterfall in Ghana and the tallest in West Africa. It has a lower and an upper fall.

The Wli waterfalls is the highest water fall in West Africa. The falls is known locally as Agoomatsa waterfalls – meaning, “Allow Me to Flow.” It is located in the Hohoe municipality of the Volta Region, the land of the Ewe culture. It is approximately 280 kilometers from the capital Accra.

Mount Afadja known in the Ewe language as Afadjato, is the highest mountain in Ghana. The summit of this peak is located near the border with Togo, close to the village of Liati Wote in Afadzato South District. It is about 178 kilometers (111 mi) northeast of Accra, and 178 kilometers (111 mi) northwest of Lomé. Part of the Agumatsa sub-range of the West Africa Mountains, its summit is 885 metres (2,904 ft) above sea level.

It is a waterfall near Mount Afadza, located at Liati Wote, approximately 27 kilometres east of the township of Hohoe. The water falls down in several stages, with the last stage being about 60 metres high. The area is surrounded by a rainforest.

It is a traditional sacred grove conservation established in 1996 under the direction of a Peace Corps Volunteer as a community-based ecotourism project. Tafi Atome is the home of Mona and Patas monkeys. For the past two centuries, the monkeys have been living in the tropical forest around the small village of Tafi-Atome and have been sacred because it was believed they were messengers of the gods. In 1996, the village began broader efforts to protect their forest and monkeys, as well as to offer tours for visitors. The sanctuary was created by a coalition of villagers, public institutions and NGOs. As a result of these efforts, the monkey population has increased, and the forest with its many species of birds and butterflies has been preserved.

It is a fort located at Keta, Ghana which was used in the slave trade. Many such forts were built in Africa, but Prinzenstein is one of the few that lies east of the Volta River. Keta served as an open port until the Tema Harbour commenced its operation to the west in 1962. The fort has been designated a World Heritage property. It was initially built by Danish traders in 1784 for defensive purposes after the Sagbadre War against the Anlo Ewe and to keep the area safe from other colonial powers. The majority of the materials, especially the stone used for the building of the fort, came from Accra. The fort is among the four major structures that were built by the Danish. The fort significantly played an important part in the slave trade, which involved Europeans in West Africa. Aside from the slave trade, the fort served an active purpose in the trade of imported and exported goods such as gold and ivory in a give-and-take for muskets, brandy, iron rods, textiles, cowry shells and so on.

It is a mountain situated 12km from Ho in the Volta Region of Ghana. It is one of the highest in Ghana at about 580 metres above sea level and is venerated by the inhabitants of nearby villages of the Ewe ethnic group.

It is located near the Togo border, a cluster of villages called Kpetoe has produced kente cloth for generations. It is renowned for high-quality Ewe kente, which is unique in design and often less expensive than that from other regions. 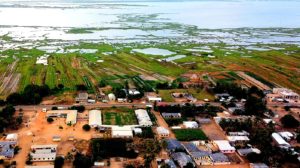 It is the largest lagoon in Ghana with a water area of 300km2. This is located in a larger wetlands protected area of 1200km2. It is a stopping point for a large number of migratory birds and provides a breeding ground for sea turtles. The Keta Lagoon is known for its immense quantity of salt.

It is a little known fact that the Southern Ghana coast line is home to some of the most beautiful beaches in the world. You will find that Keta is no exception. With white sand that stretches for what seems like miles, and beautiful resorts such as the Emancipation Beach Camp boasting beach huts, music and a bar serving food and drink, there is enough here to satisfy even the fussiest of tourists. It has to be seen to be believed.

It is the latest addition. The pond has been in existence for so many years but was used by the traditional people as a shrine. Since then, authorities have taken charge of the development of the site and have provided a revenue booth, washroom and other facilities at the resort to enhance the level of service in order to boost tourism in the District.

The Supreme Court will decide the validity of our claims – NDC

Robbery cases in Aflao on the decrease – Police Commander