January 9, 2021 Africa/International Comments Off on Swiss central bank made 21-billion-franc profit in 2020 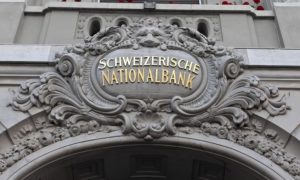 The Swiss National Bank (SNB) made a profit of around 21 billion Swiss francs (24 billion dollars) last year, according to provisional figures that were issued on Friday.

The central bank reported that its foreign currency holdings gained 13 billion francs in 2020, while the value of its gold holdings rose by 7 billion francs.

According to economists with the Swiss bank UBS, the Swiss National Bank also profited from the rally on international stock markets in the fourth quarter.

Although the annual profit is far lower than the 49 billion francs that the SNB had posted in 2019, the bank said it would disburse 4 billion francs to the Swiss state and its cantons – the same amount as last year.

Facebook Twitter WhatsApp LinkedIn
2021-01-09
emmakd
Previous Boeing agrees to pay over $2.5b in penalties over 737 Max debacle
Next Samsung expects jump in Q4 profit thanks to demand for memory chips