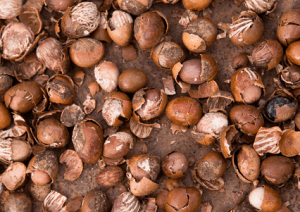 The shea tree is promising to be a panacea to the abject poverty in northern Ghana. Since its discovery in the 14th century, the tree has helped to fight food insecurity, treat diseases, body care, among other uses. Regarded as “women’s gold”, over three million rural women in Ghana rely on the shea nut for their livelihood. The shea tree is arguably the most economic and utility tree in the north.

The shea industry has the potential of addressing endemic poverty especially among women if government and its development partners pay maximum attention to address challenges in the sector. The government must build and reinforce the capacity of women in the shea sector if we want to end poverty and achieve the SDG 1.

Poverty is endemic in the five regions of the north where women are the most vulnerable since they don’t have access to land. These regions continue to have the highest poverty rates; however, substantial progress has been achieved since 2006 in the Upper East region as poverty has dropped from 72.9 per cent in 2006 to 44.4 per cent in 2013. In the same report, the Northern region (now three regions) marginally reduced its poverty level from 55.7 per cent to 50.4 per cent. The statistics show that majority of the rural poor live in the northern part of the country and there is a need for sustainable programmes and policies to alleviate poverty among them. Shea butter offers the best solution.

Shea butter has found a market niche, thanks to global capitalism. The market demand for shea butter is a good opportunity for Ghana to capitalize and modernize the shea sector to alleviate poverty in the north. In 2018, shea butter was valued at $1.12 billion and is expected to expand at a rate of between 6.6 per cent and 10.5 per cent CAGR for the forecast period between 2015 and 2025. Shea butter is a top commodity in the cosmetics, food, and the pharmaceutical industries. The food and beverages sectors are projected to be the fastest-growing application segment under the review period. In the food sector, it serves as a cocoa butter equivalent (CBE) due to the rise in world cocoa prices and supply decline in producer countries. For instance, in 2019, shea nuts became the most appreciated non-traditional export (NTE) commodity among the top 10 NTEs in Ghana, with a total value of $27,189,551, a tremendous increase from $14,103,332 in 2018.

Despite the huge revenue that shea sector brings to the country in export trade, less than 40 per cent of the nuts are picked annually. The startling report shows that Ghana is operating below its capacity in the shea sector and should take advantage of global demand for the commodity to create more jobs for women. My mother who is an artisanal producer of shea butter doesn’t know the global demand of the commodity.

Women dominate the laborious shea butter production system, but earn paltry returns. The government must boost the sector by regulating shea prices so that women benefit from their labor.

The government should establish the Shea Development Board to regulate prices. Fair prices will encourage more women to participate at every stage of the supply chain. Producers are willing to invest additional attention in improved product quality if they are motivated by increased returns or some other tangible benefit. The government can buy at reasonable prices from the farmers during bumper harvests and resell at the international market. The government should also incentivize the private sector through tax breaks to create direct and indirect jobs.

Research shows that women are disadvantaged in the shea business due to their non-participation in every stage of the supply chain because of illiteracy and lack of skills. The government and non-governmental organizations should build the capacity of women through workshops and trainings to occupy managerial positions. Developing the skills of the rural farmers in the shea butter trade is one of the potent ways of addressing the phenomenon of poverty in abundance of natural resources. When we capacitate women, we empower families and communities because they are the guardians of society.

The government has an opportunity to eradicate poverty in the north by investing in the shea sector. Solvable problems such as price fluctuations, lack of equipment, capacity building, etc. prevent the shea industry from flourishing and reducing poverty. The sector invites the private investors and NGOs to invest and create jobs for women. 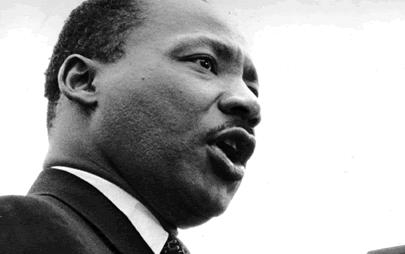 Is Trump likely to face criminal prosecution after leaving office? 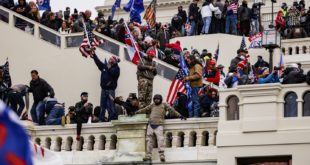 Congratulations are in order to the people of Ghana for peaceful elections. Despite challenges posed …