The e-waste recycling project, introduced by government, is gradually taking shape and expected to ensure sustainable disposal and proper recycling of e-waste.

The project, being implemented by the Ministry of Environment, Science, Technology and Innovation (MESTI), is still in its pilot phase.

It is helping to promote an incentive system that secures the income of people in the informal sector and encouraging them to dispose of their waste in a manner that would earn them money.

The first phase of the project, dubbed: “Recycling and Disposal of Waste of Electrical and Electronic Equipment in environmentally sound way,” is funded by the German Government through the German Federal Ministry of Economic Cooperation and Development (BMZ) KfW and the Government of Ghana.

At a media sensitisation meeting with editors in Accra, Mrs Lydia Essuah, the Director of Policy Planning, Monitoring and Evaluation, MESTI, said the first phase spanned 2018 to 2021, under which e-waste from four main sources; Cables, Batteries, Thermoplastics and Cathode Ray Tubes, were collected for recycling.

The GNA gathered that so far 30 tonnes of cables had been received from over 250 scrap dealers in and outside Accra within the first 88 days of the start of the transactions at the mini-collection centre at Agbogbloshie.

Also, a new policy, legislation, business model and funding had been provided under the first phase.

Mrs Essuah, with an additional responsibility as the E-waste Project Coordinator, said the current management practices of such waste was having implications on the quality of air as well as leaching hazards into soil, groundwater and onward uptake by plants.

She said lead was also released into the environment with harmful effects on developmental disorders and kidney and brain issues.

Mrs Essuah said the informal sector was, therefore, being partnered as registered collectors to send their e-wastes to a handover centre that would be constructed in January, next year, for onward recycling by private waste management companies.

Mr Vincent Nartey Kyere, an E-waste Expert and Consultant with the Project Implementation Unit, MESTI, said dealers submitted their e-wastes at the collection centre on daily basis, and that a weight of 0.36 tonnes received per day attracted GH¢4,117.

Mrs Cynthia Asare Bediako, the Chief Director of MESTI, said the important role the media played made it crucial to partner them to promote the project and to sensitise the citizenry on the need to segregate waste to make it much easier for disposal.

He said, ultimately, all stakeholders in the e-waste value chain would work together to reduce the negative impact on the environment while helping to create more employment within the system. 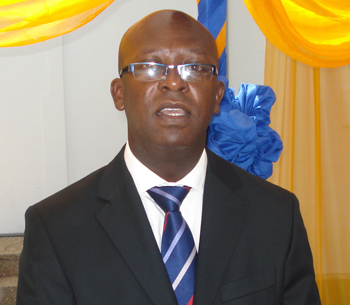