My encounter with J. J. Rawlings

November 19, 2020 Feature Articles Comments Off on My encounter with J. J. Rawlings

When I was in Ghana in 1996 to cover the party congress of the NDC for West Africa magazine in London, I had the opportunity to interview the then President, Jerry Rawlings.

Mark Woyongo, who I had met when he was Minister Counsellor for Information at the Ghana High Commission in London, arranged the interview, which was to take place at the Christianbourg Castle, Osu, Accra.

When Mark and I got to the Castle, I was expecting us to be ushered into a grand presidential office.

Instead, we were taken to the private quarters of Rawlings, who had just finished working out when we got there.

He welcomed us to his “humble” abode, telling us that his wife, Nana Konadu, and the children lived in their private home in Accra – and that he stayed there most of the time.

He offered us a beer, which I accepted.

Rawlings did not have any alcohol on that day.

The interview was convivial, and we spoke about his odyssey from a military ruler to a civilian president, who was democratically elected.

Rawlings told me that during the drafting of the Constitution for the Fourth Republic he supported term limits for the president.

But he wanted two consecutive terms of seven years each – in line with what entailed then in France, where a referendum in 2000 reduced the term to five years.

Rawlings told me that in the interest of democracy he agreed to the framers of the new Constitution that the president of Ghana would serve two consecutive four-year terms before stepping down.

Another issue I wanted resolved was the allegation that he had beaten up his then Vice President, Kow N. Arkaah, who served from 1993 to 1997.

Rawlings said nothing of the sort happened, admitting that he and his VP did have an argument.

But, he said, while Arkaah was walking away he pulled him by his jacket and, the floor being slippery, the VP fell.

In 1997, I met Rawlings again at the Commonwealth Heads of Government Meeting in Edinburgh in Scotland.

During the reception for the media and the leaders, I got talking to Rawlings and I asked him whether he was thinking of changing the Constitution so that he could serve a third term, as was being rumoured in Ghana.

“That’s not what we are here to discuss,” he retorted.

J. J. Rawlings was always a media “star”, having risen to prominence during the turbulent days in June 1979, when I was then with New African magazine.

When Rawlings’ colleagues who had staged the coup left Ghana for further studies in 1979, he stayed behind.

Retired Major Kwadwo Boayke Djan, one of the leaders of the June 4 Coup, and two of his colleagues turned up at our office and gave us an exclusive insight into how the whole thing happened.

By the time Rawlings grabbed power again on December 31, 1981, I had moved on to Africa Now magazine, published by the legendary Nigerian journalist, Peter Enahoro.

I went to Ghana early in 1982 to report on the removal of a civilian government by the military.

The magazine’s stance was against the coup, which had overthrown the democratically elected government of President Hilla Limann, who had been in office for barely two years.

Ken Amankwah, currently a senior adviser to President Nana Akufo-Addo, was our correspondent in Ghana.

Needless to say, he was soon detained by the authorities because of the magazine’s critical coverage of the PNDC regime.

Once he was released in 1982, he made his way to London to join us at Africa Now.

Rawlings was a man who could read a situation instantly and adapt quickly.

I have seen him on many occasions discard his official speech to speak extemporaneously.

Not for him the cautious and dull speeches written by civil servants.

He always wanted to say things just as he saw them.

In all this, Nana Konadu, was by his side, nudging him when he appeared to be going off on a tangent.

For me, as someone from Sierra Leone trying to be an independent journalist when it came to covering Ghana under Rawlings was a battle, as those for and against him took umbrage at what I had reported,

I must add that these debates were civil.

Since Rawlings entered the political scene more than 40 years ago, opinions about him have been sharply divided among not just Ghanaians, but also Africans in general.

That same division has been evident when I try to speak to Ghanaians in the United Kingdom about the death of their former president.

Emotions have been running high again.

The issues have centred on the public executions of the former military leader, General Ignatius Acheampong, and others in 1979; and the abduction and extrajudicial killings of two female judges and one male judge of the High Court in Accra.

In the case of the judges, the accusations and counter-accusations continue, as the anti-Rawlings camp blames his PNDC regime for the killings while Rawlings’ supporters claim that “counter-revolutionaries” carried out the acts.

For those who were directly affected by the killings, they say: “We were all traumatised as children who lived through two military uprisings.”

Those who backed the “revolutionary” Rawlings said that it was because of his hard-headed approach to running a then dysfunctional Ghana that set the scene for the relative peace and calm in a country that is in a politically restive region.

They point to the peaceful elections that have been held in Ghana since 1992 and the economic success that the country has achieved.

“He served his people well,” is the usual refrain one hears from Rawlings’ supporters.

Others add: “He started them off on the right path and he was a transformation man.”

So, in death, as in life, it seems that Rawlings will remain a controversial figure.

Thus, his legacy – for better or for worse – may continue to divide Ghanaians indefinitely. 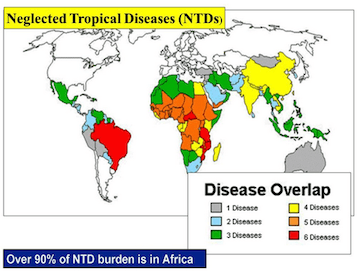 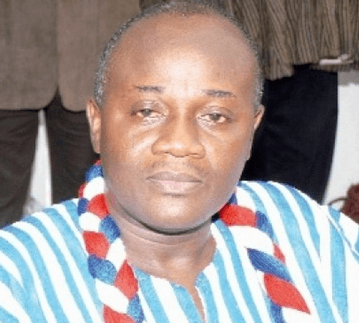 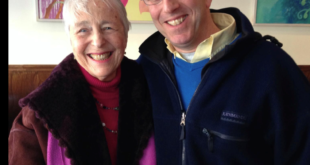 My mother almost died on a snowy road in 1986

The car my father was driving swerved onto the other side of the road. A …