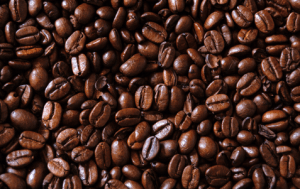 Government has introduced Coffee Development Programme to support the growth of the industry.

The programme, spearheaded by the Ghana Cocoa Board, has already led to the doubling of output to above 12,000 tonnes per annum with yields about 1.4 tonnes per hectare.

Mr Owusu Afriyie Akoto, the Minister of Food and Agriculture, made this known at the 60th General Assembly of the Inter-African Coffee Organization (IACO) held virtually in Accra on Tuesday.

He said to consolidate the gains and propel the Coffee Sector to a similar status as cocoa in Ghana, COCOBOD was in the process of creating a division.

The division’s mandate, among others, would be to intensify support to the coffee sector through research, extension support, and regulation of marketing and processing activities.

He said Ghana was processing and consuming more than 90 per cent of its coffee production annually.

He said, “The Ghanaian Coffee Industry, like many others in Africa, is undergoing a revolution. A revolution underlined by the desire to transition from colonial legacy to African autonomy.”

He said Coffee was one of the major cash crops promoted by colonial masters, hence, post-independence, the major market for coffee remained outside the continent.

The Minister, who is the Chairman of IACO, said African producers had continued to target Europe and North America as the key market for export of coffee beans.

He said by this arrangement, the fortunes of the hardworking producers were tied to a volatile market, underpinned by the economic conditions of those economies.

“One of the valuable lessons from this pandemic is the domestication of critical commodity value chains,” he said.

He said increasing continental consumption and raising the level of domestic value addition of these commodities was long overdue.

He said the slow pace of industrialization was not marching up to the needs of the young and vibrant African population.

“This situation has resulted in huge imports of finished products from other parts of the world,” he added.

He said the government was committed to intensifying the effective participation of the private sector in the Coffee value chain.

He said the rising urbanization provided an available market for Coffee producers in the country, saying a sizable and urbanized population with rising incomes presented opportunities for the African private sector to increase value addition of products on the continent.

Dr Frederick Kawuma, the Secretary-General of IACO, said they were collaborating with the African Union to boost the production of coffee on the continent.

He said Africa was the world’s largest producer of the cash crop, however, they were making woefully less in income.

Dr Kawuma said they were making inroads in calling for amendments of the international pricing of the commodity for farmers to earn more.

He said the local industries had suffered dwindling production.

However, they were interventions in place at the regional and local levels to scale up production through research and development, seedling distribution and disease control.

Police round up 215 suspects up in post bullion Van attack

The Accra Regional Police Command has embarked on an enhanced operational exercise in Accra, arresting …