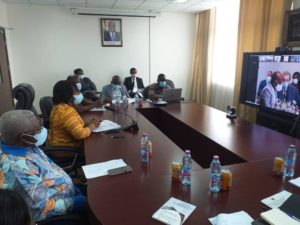 At the virtual event, Madam Botchwey, on behalf of President Nana Addo Dankwa Akufo-Addo, congratulated Mr Sena Siaw-Boateng, the Head of Mission, the staff of the Embassy, the contractor and the supervisors for the successful completion of the project.

She said the decision to put up the Chancery building in a prime area in Brussels, as opposed to renting it, was informed by a number of considerations including long-term cost-saving goals and the need to advance Ghana’s interests in Belgium.

She noted the strong bilateral relations between the two countries, saying the Kingdom of Belgium was reputed as the Centre of European Diplomacy, as it hosted the Headquarters of the European Union; the Organisation of African, Caribbean and Pacific States and other international organisations.

“Our presence in Belgium is, therefore, bound to remain a permanent feature of our foreign policy,” Madam Botchwey said.

“I must also add that our Embassy in Brussels desperately needed a befitting Chancery to cater for the expansion in staff numbers and to effectively carry out its diplomatic engagements. I am, therefore, happy that this has become a reality.”

Madam Botchwey said the new Chancery was funded from the $50 million Société Générale Credit Facility, which was obtained by Government to acquire new property and to improve existing state-owned property abroad.

She said the initiative was in furtherance of the grand policy, since independence, to acquire property abroad for use by the diplomatic missions, a strategic policy to which the Government of President Nana Addo Dankwa Akufo-Addo remained deeply committed.

She said the investment in the Chancery also reflected the determination of Government to further strengthen Ghana’s long-standing bilateral relations with the Kingdom of Belgium, which dated back to the 1960s.

“I believe the time has come for Belgium to re-open its Embassy in Accra to further deepen the mutually beneficial relations,” she said.

The Minister said the future of Ghana-Belgium relations should not only be focused on Belgium being the capital of the European Union but should also consider forging closer ties and expansion of cooperation in a number of areas for mutual benefit.

She said the relations should also be informed by the increasing strategic importance of Ghana to the rest of the world.

“It is, therefore, imperative for Accra and Brussels to step up engagements in a manner that will facilitate increased trade and investment cooperation between the two countries,” she said. 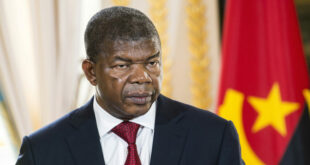 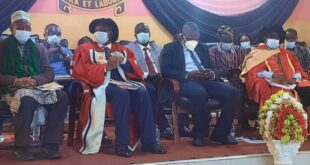 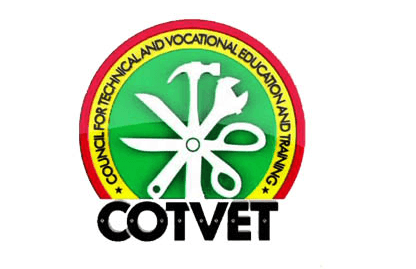