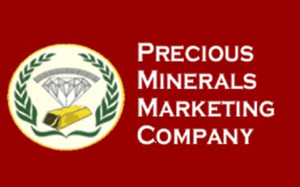 The management of the Precious Minerals Marketing Company Ltd. (PMMC) says after successfully installing the needed equipment at its new laboratory, officially commenced the official examination, determination and analysis popularly known as assaying of all gold for export by both the small and large-scale miners in the country since 2018.

He indicated that with the laboratory in operation, the spate of gold smuggling that hitherto had bedeviled the country, is being checked and blocked, and this thereby enhances revenue generation for the government.

He further mentioned that in November 2016, the PMMC was appointed as the national assayer of all gold produced in the country by both small and large-scale miners before exports while ceding its role of buying, selling and shipping of gold to licensed gold exporters.

“With this mandate, it means that for the first time in the history of Ghana’s gold mining, there is an institution that is mandated to assay gold from the mines before export, thereby bringing sanity in the system as the values and volumes of bullion of gold are now put to check,” he said.

He disclosed that the Minerals Commission, through the Sector Ministry, Lands and Natural Resources secured funding from the World Bank to put up the state-of-the-art facility at the Aviance Village of the KIA and then handed it over to the PMMC to operate.

Mr. Dey said since the completion of the work, the company has been assaying gold exported out of the country.

According to him, the project brings transparency and accountability in the processing of gold, which makes it possible for all information on the gold exported out of the country to be documented, stressing that it would enable government to verify the true value of gold exports and this would reduce the problem of money laundering in the gold business.

“After the assay, the values are recorded as against the sample weight and this is used to compute the final value of the bullion shipment. At the final destination of the gold, PMMC’s value is reconciled against that of the value of the refinery at the destination to arrive at the final value for the bullion by both the mines and PMMC. This enables PMMC to compute revenue generation, and as such reduces the instance of parent companies in the incidence of under-invoicing,” he explained.

He contended that the move is going a long way to shore up the country’s earnings from abroad and help reverse the declining value of the cedi against the country’s major trading currencies, since there would be enough foreign currency in the system.

“Revenue would be enhanced as exporters are obliged to repatriate 70 per cent of export value earned of the gold. The repatriation policy would be effectively implemented, and this would ensure that there is enough dollar in the country, which at the end of the day would make the cedi perform creditably against the foreign currencies,” Mr. Dey said.

The acting MD mentioned that the system would similarly reduce the issue of disparity of proceeds between foreign companies that receive the gold and the institutions that export the gold.

Mr. Dey was quick to say that for now, in the process of smelting, a PMMC staff is present at the mines to observe and monitor the process to ensure that the quantity that is smelted is correct and well documented.

According to him, during the smelting, a sample of the poured gold is taken from each bar of the bullion, sealed and boxed, after which it is transported to the KIA for assay to ascertain the findings.

The sample he noted, “Is received from the helicopter in the company of Immigration, GRA and National Security personnel, who then transport it to the lab for testing. At this point, the Immigration staff joins the PMMC officials to check the bullion to ascertain the quantity of the bars is equal to what is declared. This move is to reduce understatement of revenue from the mining companies as PMMC will now assay to know the correct value of bullion that is exported by each company.”

The acting MD however gave the assurance that within the next few years, PMMC would assume full bullion assay, which he said, would mean that the gold would be refined in Ghana before export and this would ensure value addition.

Mr. Dey indicated that in order to have an efficient, effective human resource capacity to sustain the project, PMMC undertook a two-week capacity building and training programme conducted by a Consultant from South Africa, and they since have been very effective.

Hitherto, the large-scale mining companies had established their own assaying facilities and so exported the minerals, without certification and authentication by PMMC.

A father who can’t mourn his child: Customs that bar Togbui Sri III from Rawlings’s funeral